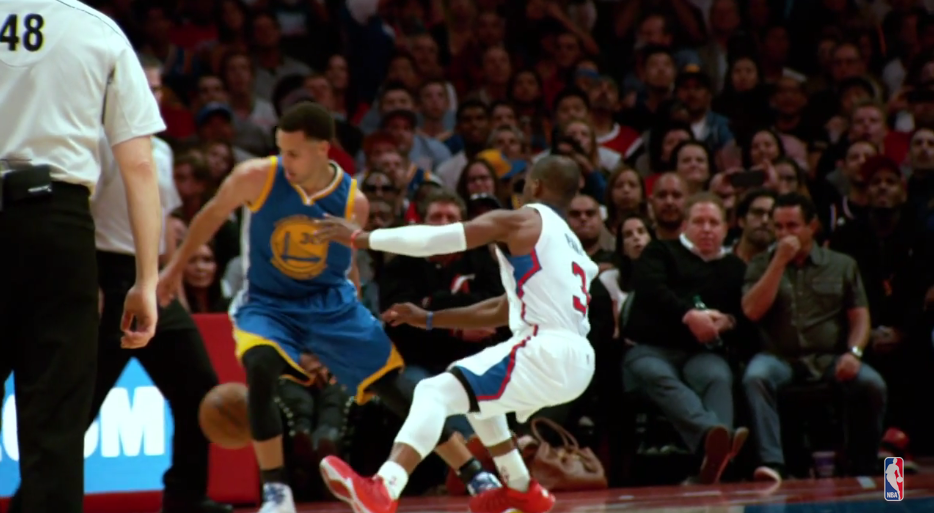 With Chris Paul draped all over him along the baseline, Stephen Curry shook CP3 to the floor with a killer, double behind-the-back cross, sending the Golden State Warriors’ bench into celebratory convulsions.

Curry’s play was the highlight of the Dubs’ signature 110-106 road win Tuesday night against their arch rivals, the LA Clippers.

With Draymond Green sitting out due to shin inflammation, head coaches Steve Kerr and Doc Rivers exchanged some good-natured trash talkprior to the tilt.

“I’m sure there’s going to be a lot of memes,” (Andrew) Bogut said. “So I’m looking forward to getting on Instagram and Twitter and seeing exactly what they’re doing on the Photoshop because there’s a lot of antics that were going behind the bench when it happened, and it was a hell of a play by Steph.”

In fact, there were plenty of memes on the behind-the-back dribble from Curry that staggered Paul. Here’s Paul apparently playing Twister as he tries to recover. And here’s Paul as Neo in “The Matrix” contorting his back while dodging bullets. Of course, there were plenty of Cliff Paul jokes referring to how his ankles would need insurance after the play.

The imagery was unmistakable. In a year Curry overtook Paul as the player regarded as the top point guard, here was Paul on the ground looking on helplessly as Curry made the shot. […] “That man is tough,” Paul said of Curry. “Obviously he has a great handle.”