Stephen Curry: James Harden ‘Leader in the Clubhouse’ for MVP 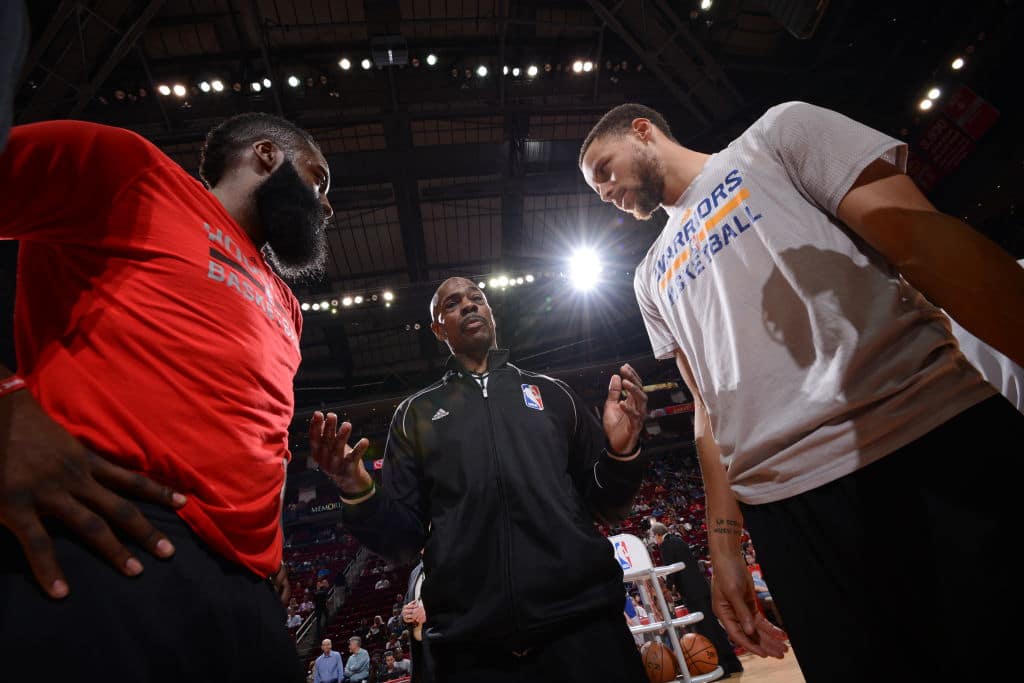 If Stephen Curry had an MVP vote this year, it would go to James Harden.

"It is never easy and this year will be more of the same."@StephenCurry30 sits down with @sportsreiter to talk about the NBA Playoffs on Reiter's Block. Catch the rest of the show on CBS Sports HQ. https://t.co/fFEpW53Xlg pic.twitter.com/NTVmsQscrj

Curry says Harden has been “leading the charge all year,” and also gave props to the remarkable seasons LeBron James and Anthony Davis have enjoyed.

“This year you’ve got James, who’s been leading the charge all year, getting that Houston team playing at a high level,” Curry said.

“He’s taken his game to another level, so it’s been fun to watch until you play against him. I think he’s probably the leader in the clubhouse when it comes to the vote, but you’ve got Anthony Davis — LeBron [James] has been playing amazing.”