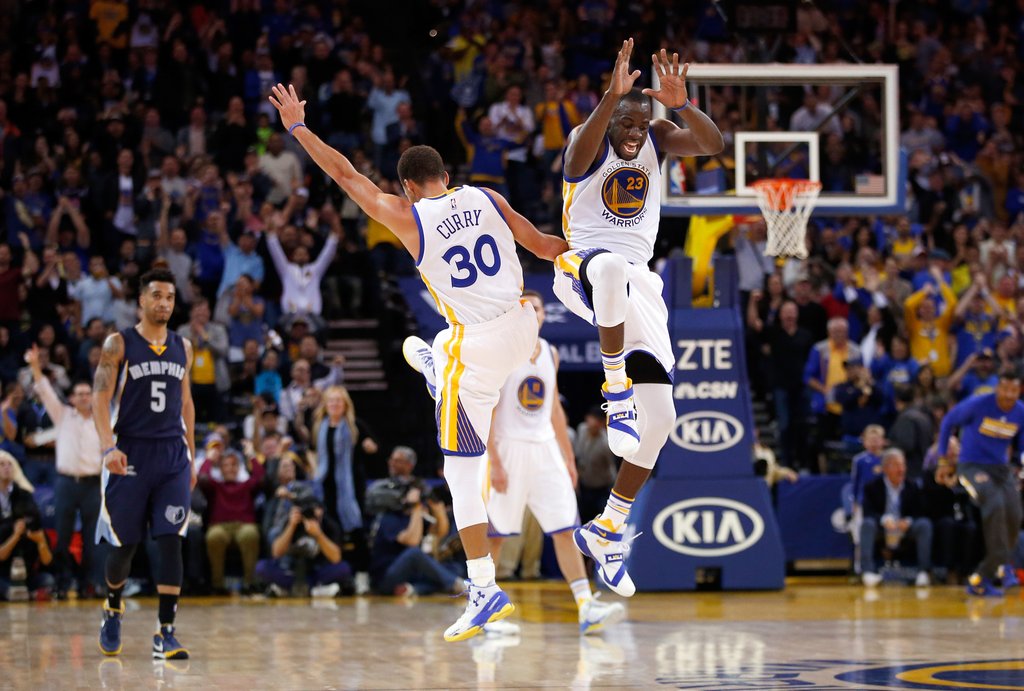 In a 50-point destruction of the visiting Memphis Grizzlies Monday night, Curry scored 30 points in just 28 minutes, as the Dubs once again re-wrote the history books.

The Warriors have outscored their first 4 opponents of the season by a total of 100 points. That's a new NBA record. https://t.co/WvnTzp4UTX

The Warriors are soaring into a fresh, mind-blowing realm as their head coach recovers from two offseason back surgeries. Stephen Curry led them to another lopsided victory Monday night, a wildly entertaining 119-69 win over Memphis at Oracle Arena. […] That’s no misprint: They beat the Grizzlies, a Western Conference semifinalist last season, by 50 points. This was the Warriors’ largest margin of victory since they beat Sacramento by a franchise-record 62 in November 1991, and the largest margin of defeat in Grizzlies franchise history.

“There’s a little bit of an intimidation factor when we start making shots and locking up on defense,” interim head coach Luke Walton said. […] Curry scored 21 of his 30 points in the third quarter, including several highlight-reel specials. Klay Thompson added 14 points and Draymond Green and Festus Ezeli each scored 11. Marc Gasol led Memphis with 13 points.