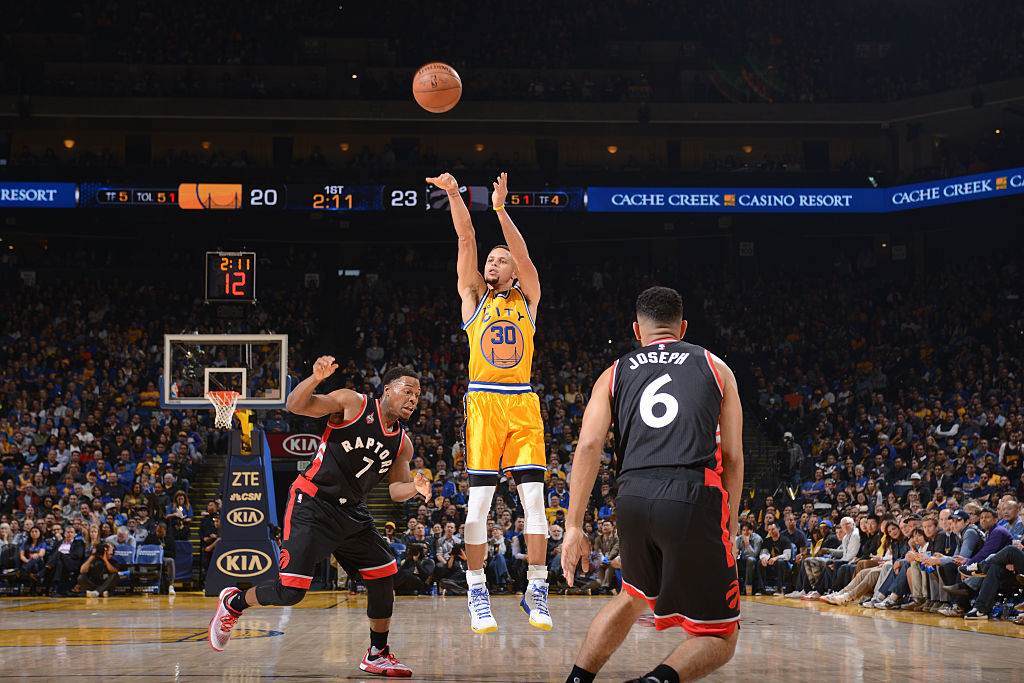 Kyle Lowry and the Toronto Raptors roared back from an 18-point deficit to give the Golden State Warriors a scare Tuesday night, but Stephen Curry and the defending champs still pushed their incredible season-opening winning streak to 12 games with a 115-110 victory.

Curry, wearing short-shorts in honor of the Dubs’ “Hardwood Classic Night”, hung a game-high 37 points on the visitors to go along with nine assists and a pair of steals.

Lowry held his own in the battle with the MVP, scoring 28 points and adding six dimes and five boards in the loss.

A game after the Warriors were pushed into overtime by Brooklyn, Toronto erased an 18-point, third-quarter deficit Tuesday night and took a 98-96 lead with less than six minutes to play. […] But just as they did against the Nets on Saturday, the Warriors buckled down, to the delight of the sellout crowd at Oracle Arena. They forced the Raptors into four turnovers and 3-for-11 shooting during the game’s final 5½ minutes and sneaked away with a 115-110 victory.

“Our guys have a special gift to make big plays, and it’s not just one or two of them. It’s that whole lineup that we had out there at the end of the game,” interim head coach Luke Walton said. “We weren’t happy with the way the game was turning in the second half, but we were thrilled at how we stepped up to finish it and get another win.”