Stephen Curry Returns and Drops 32 Points on the Wizards (VIDEO) 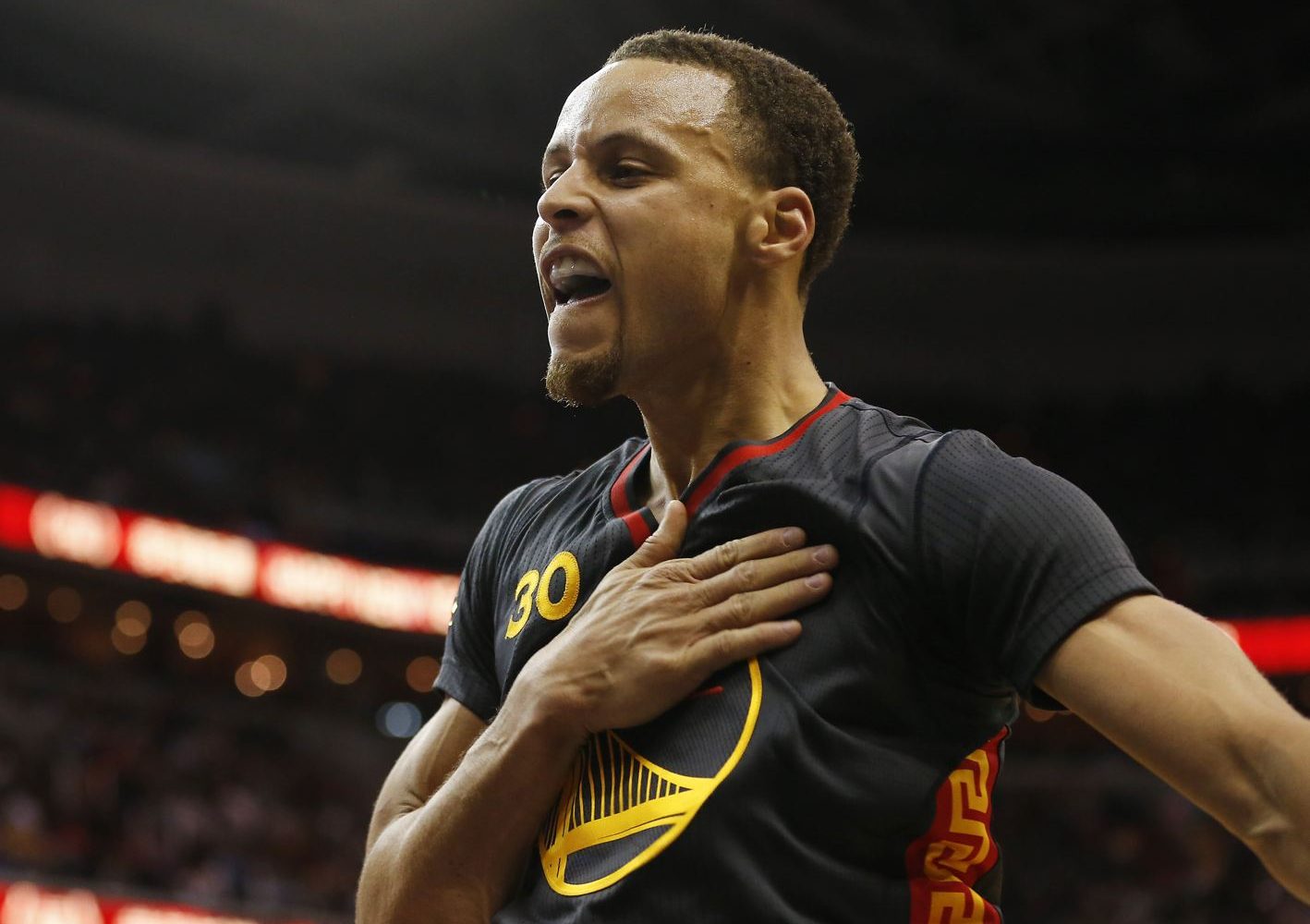 The Golden State Warriors welcomed back All-Star Stephen Curry, who proceeded to lead them to a 114-107 road win Tuesday night against the Washington Wizards.

Curry played on a sore right foot and scored a game-high 32 points and dished out 8 assists.

After missing Sunday’s loss at Indiana, Curry played through discomfort under his heel to put up 32 points and eight assists to zero turnovers in captivating fashion. During the first half, he put on dribbling displays that bettered And-1 mix tapes, and in the third quarter, he had a scoring sequence that compelled the home crowd to start cheering his baskets.

After a John Wall layup trimmed Washington’s deficit to 107-102 with 1:42 remaining, Curry scored five points in a critical 26-second span that culminated in a 112-104 lead for the Warriors with 1:02 remaining. […] “Yeah, it was kind of nice having Steph back. He was brilliant,” Warriors head coach Steve Kerr said. “…It was a really strange box score. It’s hard to make sense of it, but the main thing is: We gutted it out. We found a way to win.”

After one particularly acrobatic layup, Drake’s “0 to 100,” a song that mentions Curry, was played over the loud speakers. “I had to look around. I thought I was at home for a minute,” Curry said.