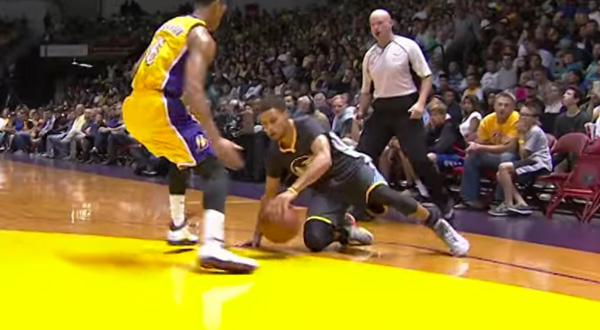 Stephen Curry avoided a potential injury on the wet court, and turned the play into a highlight.

Ice beneath the court caused dangerous moisture to condense on the floor during Saturday’s pre-season game between the Warriors and Lakers at the Valley View Casino Center.

The MVP nearly fell when trying to make a move, but was able to recover and drain a trey in Jordan Clarkson’s dome.

Officials called the game with 2:16 left in the third quarter.