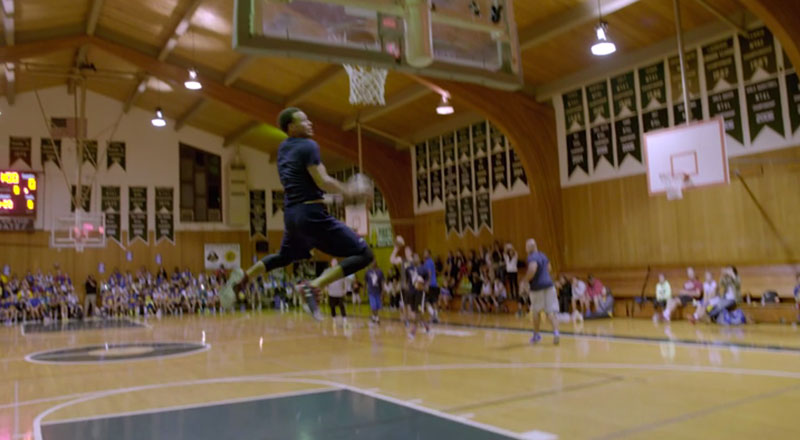 The reigning MVP, @StephenCurry30, threw down this impressive jam last night at his basketball camp in Pebble Beach. https://t.co/WckflCutXk

Just a week removed from the Warriors’ record-breaking Championship season, Stephen Curry is back on the court at his Overnight Camp in Pebble Beach, CA. On the first day of the four-day, three-night camp, the MVP decided to show off his dunking ability, which for a 6-3 shooter, isn’t bad at all.