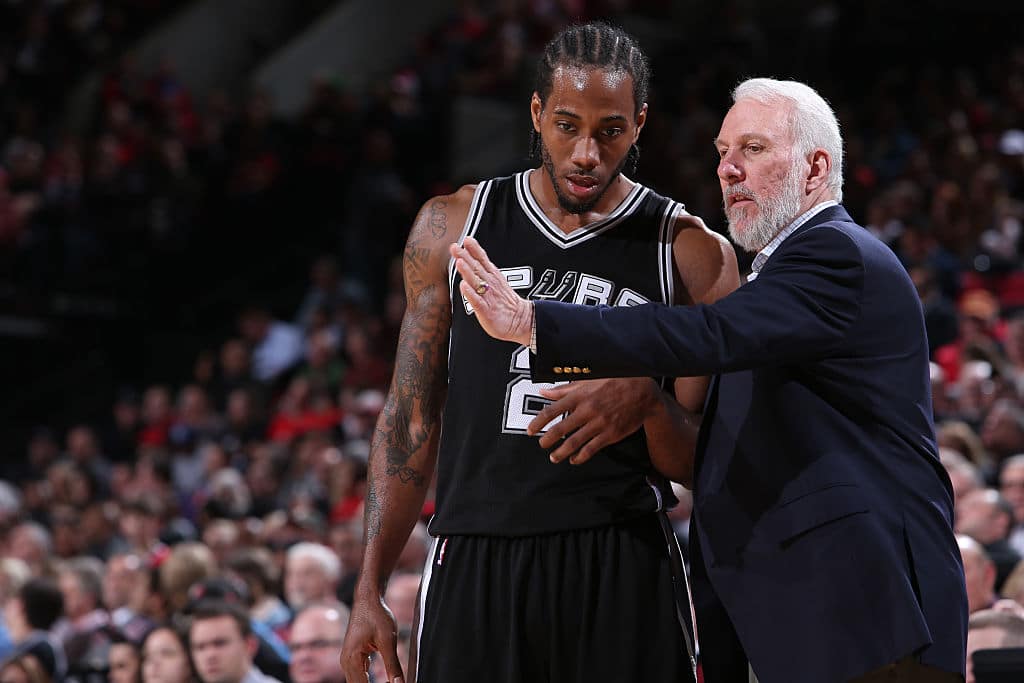 "I lost a lot of respect for Tony… They don't just say things without talking to Pop." — @DaTrillStak5 calls out the Spurs for how they're dealing with Kawhi Leonard #Herdin60 pic.twitter.com/MtBtC1AkFa

Cap’n Jack added that he “lost a lot of respect” for Tony Parker, who is believed to have spear-headed the meeting.

“Y’all might not believe this, but the meeting that was (thrown) on Kawhi after the game, that came down from Pop to those guys,” Jackson said on Colin Cowherd’s Fox Sports radio show this week.

“They didn’t do that on their own, Tony (doesn’t have the guts) to do that. When have you ever heard something from the Spurs to just come out? No it never does that. Trust me Pop has control over everything . I played in this organization. They came at me sideways before when Pop asked me to say other people were better than me so I know. And I know how selfish Tony is because he’s the reason we lost in 2014.”

He went on to say that he could see the All-Star wanting to cut ties with the Spurs after this season.

“I wouldn’t be surprised if this makes Kawhi want to leave. When your teammates are going against you in a meeting like that and not having your back you know that’s coming from up top, why would you want to be there?”