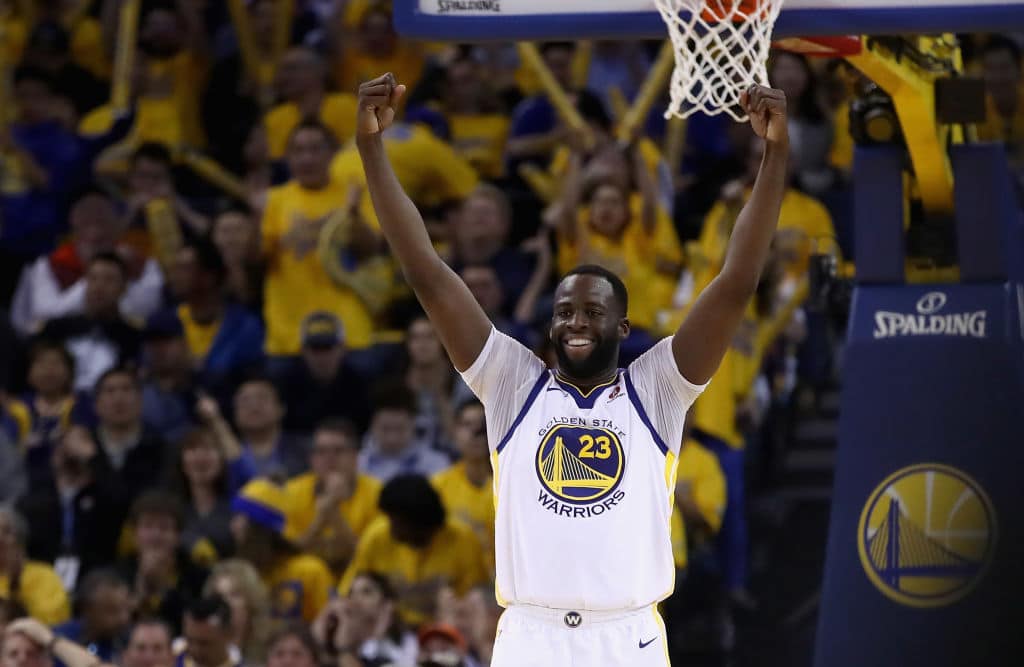 Green had 19 points, 14 rebounds and nine assists as Golden State eliminated the New Orleans Pelicans with a 113-104 Game 5 win.

Draymond says the Dubs don’t feel any extra motivation when it comes to facing the Houston Rockets in the Western Conference finals—their goal is simply winning another NBA title.

Draymond Green keeps it simple. The Warriors don't care who they play. Their eyes are on one thing.#GameTime pic.twitter.com/O4R5lpPHUM

“They have made it known that their team is built to beat us,” Green said Tuesday after the Warriors eliminated the New Orleans Pelicans in five games. “Kind of their, like you said, obsession or whatever you want to call it — it is what it is. Like I’ve said before, all that stuff is cool. Obviously, you want to build your team to beat the defending champs because that’s usually how you have to go to win a championship. So, all understandable.

“That stuff has been said for about a year now. It’s time to play.”

This is the matchup the Rockets have longed for.

“Hey, you gotta play the game now,” Green said. “That’s all fine and dandy in January, but now they got us, and we got them. You got to go out there and play, and we’ll see who’s better.”