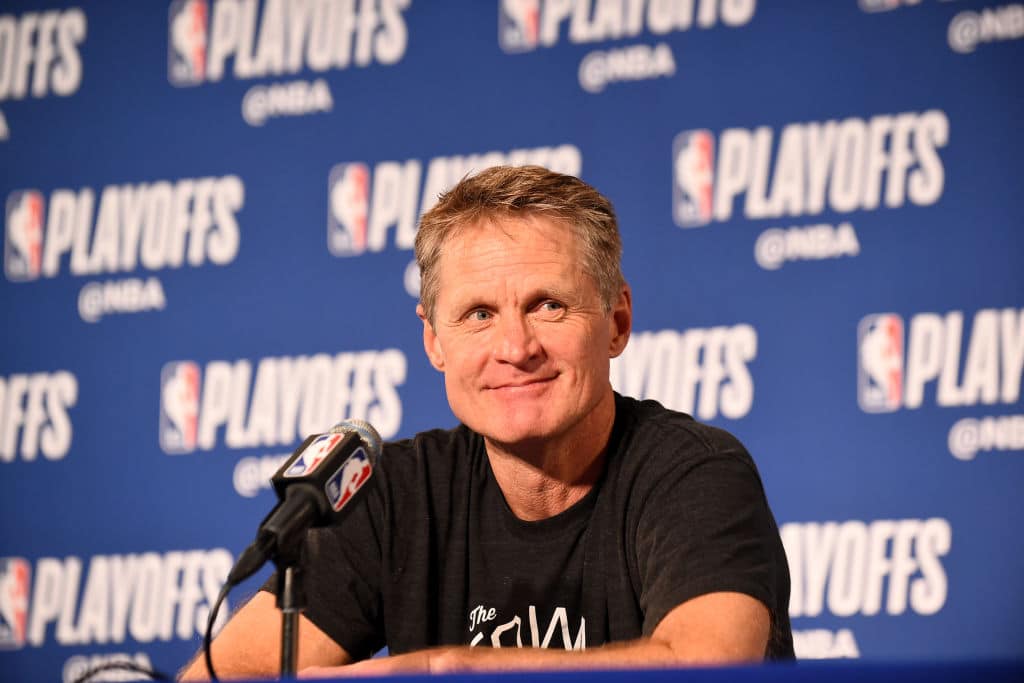 Warriors head coach Steve Kerr isn’t buying into the theory that Houston is hungrier for an NBA championship.

“Our guys have rings,” Kerr counters.

Steve Kerr asked about the Rockets title hunger compared to the Warriors, who have two, so maybe not as much hunger: "I like where we are. Our guys have rings. That's a good position to be in." pic.twitter.com/ggzSS6GZhZ

Golden State and the Rockets will meet in the Western Conference Finals, setting up the most anticipated matchup of the season.

“No, I like where we are,” Kerr told reporters Thursday ahead of Game 1 Monday in Houston. “Our guys have rings. That’s a good position to be in. To me, the hardest championship is the first one, as an individual player and as a team, because you don’t know — you don’t quite know if you can do it.

“Once you get the first one, there’s a little bit of house money. But you want it again because it’s an unbelievable feeling. I like our position. We’re going to go in here knowing we’re the defending champs, knowing we got a couple of championships here the last few years. Let’s go get another one. It’s a nice feeling to have and to go into a series with.”

That new dimension pushed Houston to the NBA’s best record (65-17), meaning Golden State now will be forced to do something never asked of it during three consecutive NBA Finals trips — play a Game 1 on the road.

“They are taking the challenge and they’re embracing it,” Kerr said of his team. “But we seem to be at our best when we are threatened. That’s been kind of the M.O. of this team. And we’re definitely threatened.”