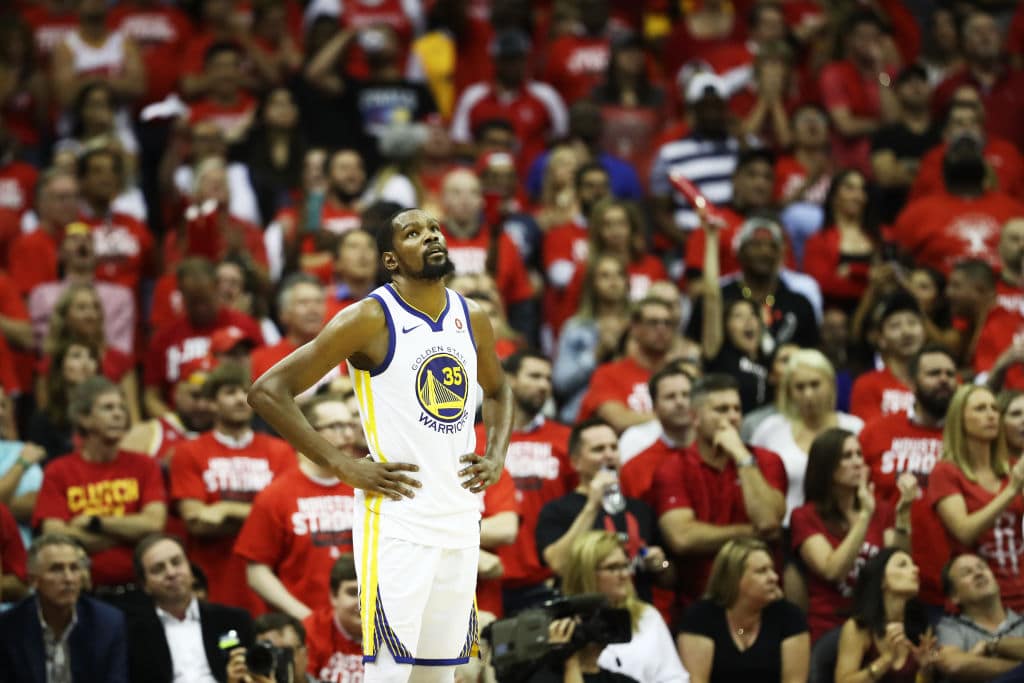 Kerr was trying to get KD—who finished with 29 points on 8-of-22 shooting in the Houston Rockets’ 98-94 Game 5 win over Golden State—to find his teammates.

(It should be noted that Phil got MJ to finally give up the rock in Game 5 of the 1991 NBA Finals, which clinched Chicago’s first title, while Kerr was a member of the Cleveland Cavaliers.)

“When MJ was with the Bulls, we had a playoff game,” Kerr began the story. “He kept trying to score and he was scoring, but we weren’t getting anything going. Phil Jackson said ‘Who’s open?’ He said, ‘John Paxson.'”

Paxson famously hit the game-winning shot in Game 6 of the 1993 NBA Finals to clinch the series. Kerr, who later hit his own championship-winning shot on an assist from Jordan in 1997, was trying to get to get his teammates involved.

“I want to trust your teammates early,” Kerr said. “What you’re doing is you’re getting to the rim and then you’re trying to hit him. I want you to trust the first guy and then move. Still attack, still look to score, but trust these guys, OK?”