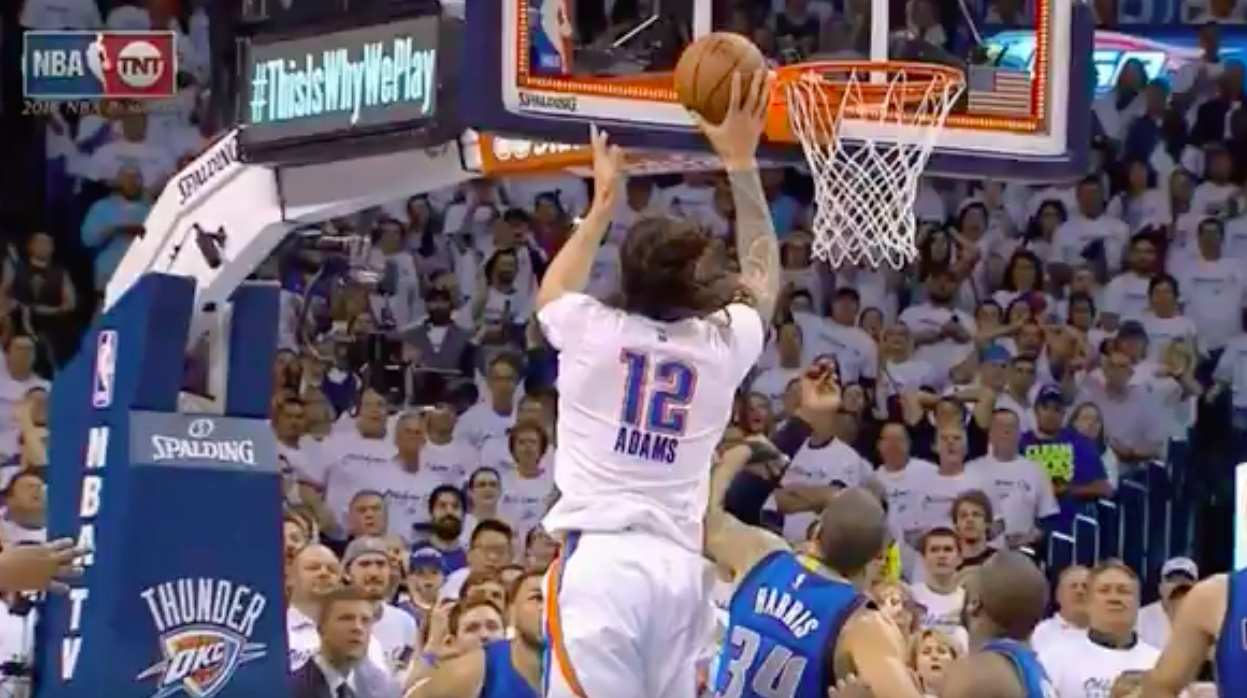 The Mavericks won Game 2 of their opening round series against the OKC Thunder on Monday night, but not before a crazy finish. After Raymond Felton missed a pair of free throws that could have extended Dallas’ lead to three, the Thunder went the length of the floor on a give-and-go between Kevin Durant and Russell Westbrook that resulted in what looked like a game-winning putback by Steven Adams. But after an official review, it was called no good.

Here’s the video, from a few different angles: