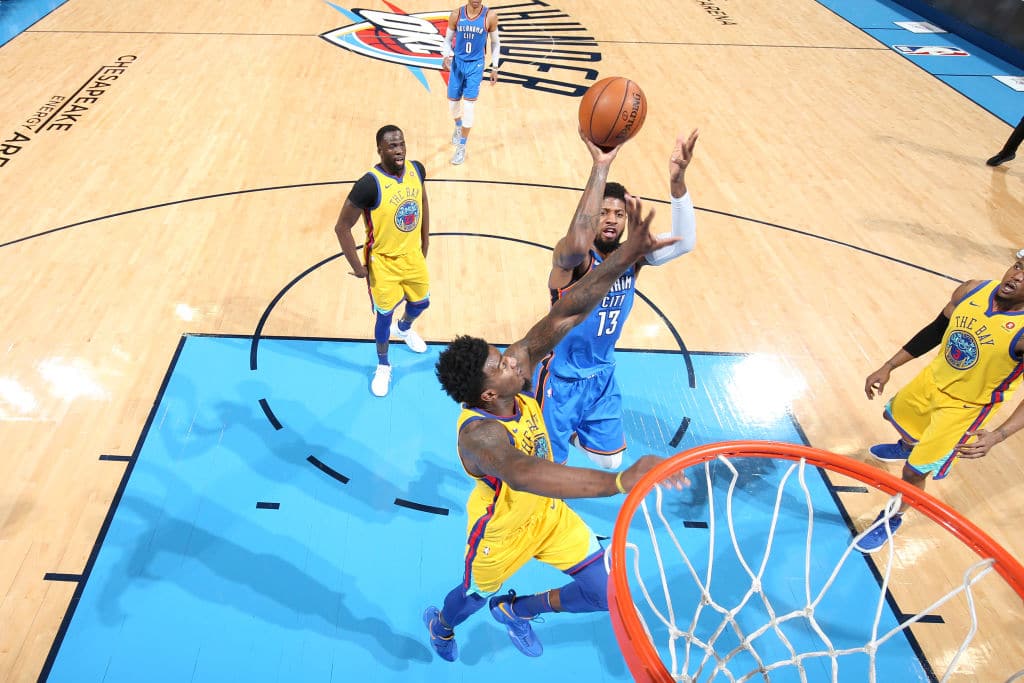 Paul George thinks there’s something off mechanically with his jumper, and says he needs to do a better job of helping Russell Westbrook carry the load for the OKC Thunder.

Paul George said he’s taking the loss on himself. “I’ve got to do a better job of helping Russ.” pic.twitter.com/5i2Zcv5HCJ

Paul George said he has something “mechanical” going on with his shot. “I don’t feel like myself shooting the ball right now.” pic.twitter.com/f9hq83YGnA

George shot a woeful 5-for-19 in Tuesday night’s 111-107 loss to the visiting Golden State Warriors.

PG has made just 28.9 percent of his three-point attempts since the All-Star break, and shot 37.1 percent overall.

“There’s something mechanical in my shot,” he said. “I’ve had struggles throughout the season and my career of shooting, but it’s all just been about not making shots. I don’t know what it is. It feels funny. Shooting the ball feels funny. So I’m going to work with the trainers and try and figure that out. But I don’t feel myself shooting the ball right now.”

George complained about tightness in his right forearm early in the season and received treatment for it periodically. In late January, though, George said the tightness had gone down and he was feeling comfortable again. Throughout his career, George has been streaky with his shooting, but he said this stretch is different.