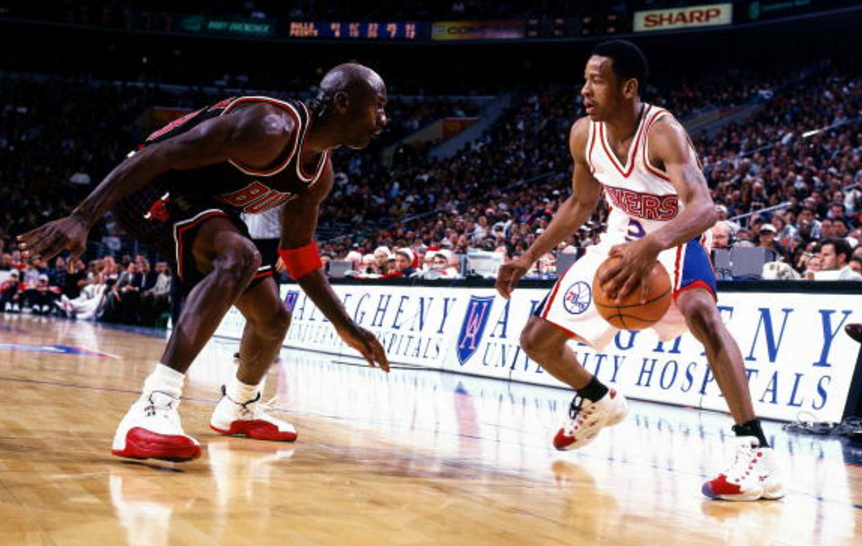 The 2015 Draft was hyped as a big one, and, sure enough, the early returns have been nice. Karl-Anthony Towns has the (very) early edge for ROY honors, but Jahlil Okafor and Emmanuel Mudiay are doing their thing, DeAngelo Russell will soon come around, and Kristaps Porzingis has the Knicks in the Eastern Conference driver’s seat.

That said, it doesn’t sniff ’96 (not yet, anyway), when Camby, Shareef, Marbury, Antoine, Kobe, Peja, Nash, Ray Allen, Jermaine O’Neal and Zydrunas Ilgauskas all went in the top 20. (Dude.) Specifically, though, those guys went between picks 2-20. The No. 1 pick was OK, too. His NBA debut is above.