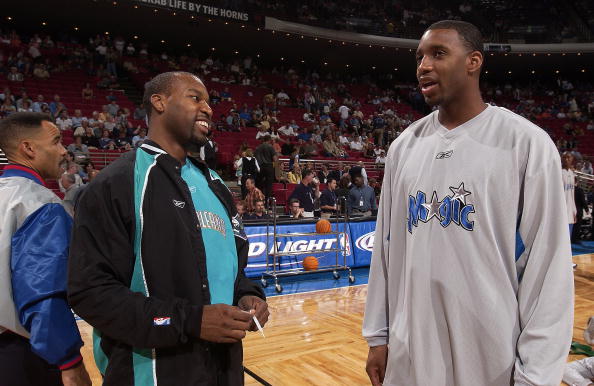 Way back in 2002, Baron Davis and Tracy McGrady were just heating up.

Davis’ Hornets and McGrady’s Magic each won 44 games that season and hooked up in the first round of the Playoffs.  The series was tied heading into Game 3 in Orlando, when Charlotte took command behind Davis’ 33. McGrady, for his part, dropped 37 in a forgotten duel.

(Also: Mike Breen has had “That’s a three… Bang! Tie game!” perfected for a while now.)

(Also: Replay, though very annoying, is a good thing.)