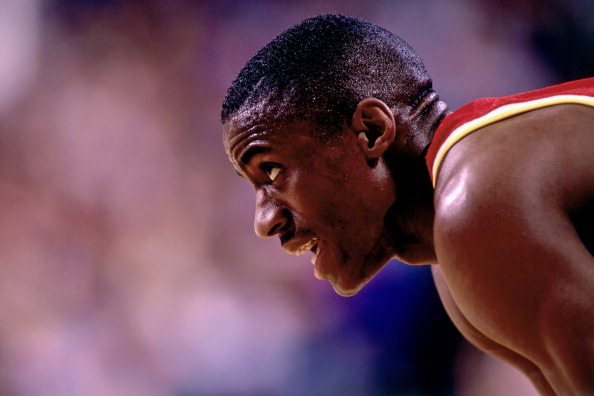 Before 3-and-D guys could be found anywhere, there was Vernon Maxwell.

A second-round pick in ’88, the 6’4 wing averaged around 2 threes and 1.5 steals per game during the Rockets’ back-to-back title runs in the mid-’90s.

His most important performance ever was probably in Game 7 of the ’94 Finals, when he dropped 21 while holding his counterpart John Starks to 2/18 shooting in the Rockets’ clinching win.

A few years earlier, though, he delivered his all-time best offensive night: 51 points against the Cavs, including 30 in the fourth quarter alone.