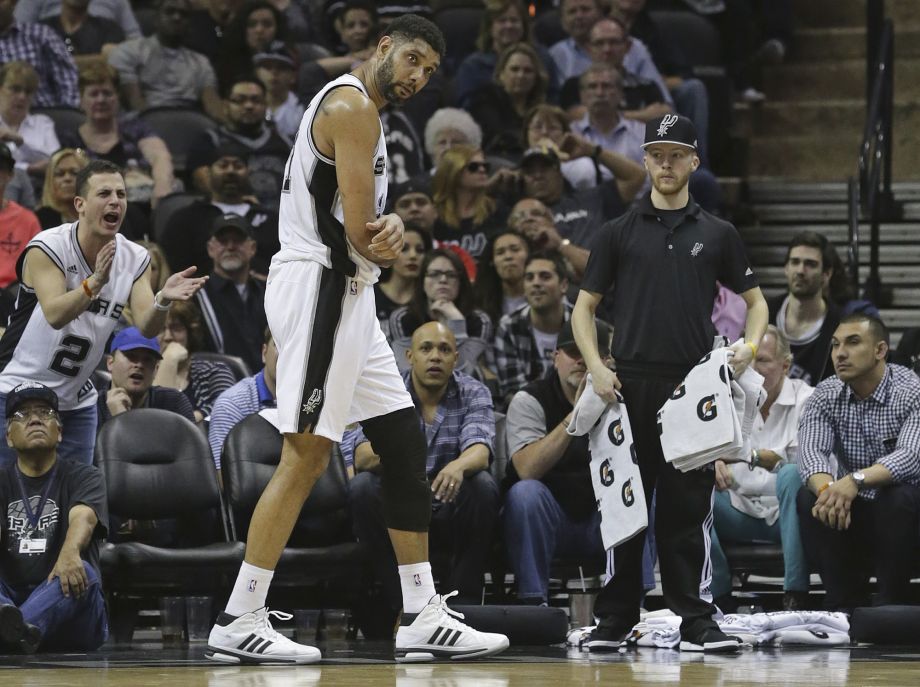 The San Antonio Spurs had a health scare Tuesday night, as Tim Duncan left their 117-107 win against the visiting Toronto Raptors with a hyperextended elbow.

Duncan’s girlfriend, Vanessa Macias, took to social media to express her outrage with the fact that no foul was called when her beau got hurt.

I've said it a lot. If fouls aren't called, things get out of hand. It's not about BS calls&market shares. It's about PEOPLE getting hurt.

According to Duncan’s teammates, the big fella shouldn’t miss much (if any) time.

Duncan left with 56 seconds remaining in Tuesday’s 117-107 victory over Toronto after injuring his left elbow in a collision with teammate Tiago Splitter and Raptors forward Amir Johnson. He has been wearing a wrap on the elbow for much of this season.

“They told us right away it was nothing big,” said Tony Parker, who continued his strong play with 23 points and nine assists.

Said coach Gregg Popovich, “He hyperextended his elbow. I think he will be OK. I think, but I don’t know. We’ll see. I think he’s OK.” […] Duncan finished with 12 points and 13 rebounds. He has appeared in 58 of 63 games this season. All five of Duncan’s absences were for rest.