TNT Would Love for Kobe Bryant to Replace Charles Barkley 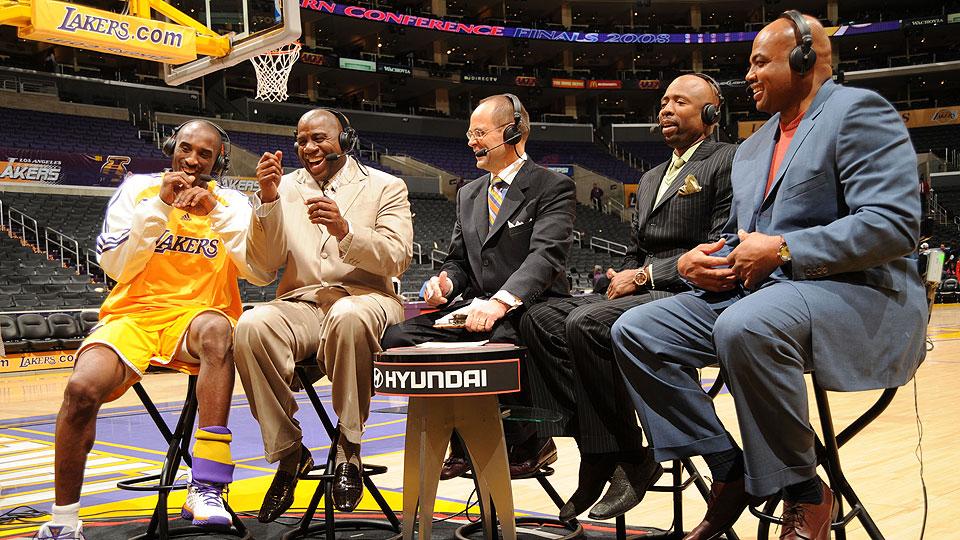 “Inside the NBA” could be losing its biggest star, Charles Barkley, when his current deal expires in 2016.

With Kobe Bryant’s basketball career lurching towards its conclusion, TNT executives are salivating at the prospect of The Black Mamba taking Sir Charles’ iconic spot on the set.

Bryant, whose most memorable appearance on the show took place in 2006 (see below for the clip), hasn’t hinted at any interest in TV work once he hangs up his Nikes.

If Bryant indicates he is serious about a broadcasting career after his NBA career ends, industry sources say he’d command $4 million to $5 million annually, if not more, because there would be a heavy competition for his services. ESPN (whose studio show is based in L.A.) and Turner are guaranteed to be interested. […] “He’s obviously smart and articulate and he would be a great candidate,” said Turner Sports senior vice president and executive creative director Craig Barry. “But like any job there is a certain amount of passion that the person needs to have for the day to day. That element of passion and wanting to share the game is a huge part of being able to connect with the viewer. That’s a huge part of being a successful broadcaster and I think Kobe would be great at it. But he would have to want to do it.”

Bryant has been a frequent guest on TNT’s Inside The NBA during his career and Barry described him as “smart, concise, articulate, with the ability to poke a little fun at himself.” The Turner executive said they would love to have Bryant as a guest analyst if the Lakers failed to make the playoffs and that he would absolutely reach out to Bryant after he retired to take his temperature on broadcasting.

One 7-foot-1 part of that (chemistry) puzzle could be Shaquille O’Neal, who is already part of Inside The NBA. If the Turner execs could swing it with their egos, how great would it be to have Kobe and Shaq on the same set? […] “They were a super duo on the court and regardless of what transpired between them, and I can’t speak to it as an authority, there is no reason they could not be one in a broadcasting scenario,” Barry said.