Trailer for Serge Ibaka’s Documentary ‘Son of the Congo’ (VIDEO) 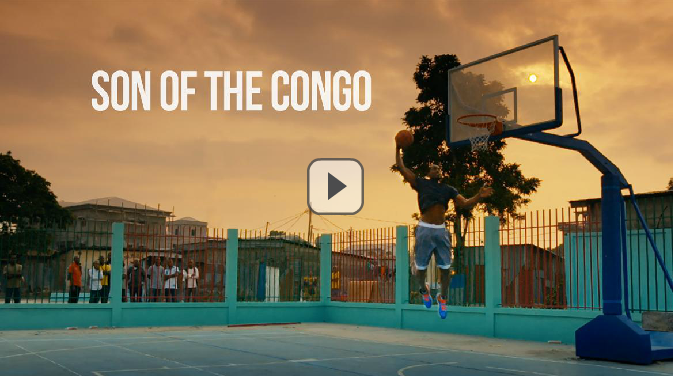 The improbable life story of OKC Thunder big man Serge Ibaka is told in “Son of the Congo”, a documentary feature set to make its premiere at SXSW on March 14.

Ibaka escaped war-torn Congo as a youth, and in the flick (which will air on ESPN April 17), he returns to his native country and its realities.

Twenty-four-year-old Serge Ibaka’s improbable journey has taken him from the war-torn streets of Congo to the top echelon of the NBA. In Son of the Congo, Ibaka returns home to recount the poignant story of his childhood and confront a stark reality faced by a new generation of Congolese youth.

Not content to settle for photo ops, Ibaka revisits the neighborhoods where he once slept in empty lots and practiced basketball without shoes. With grace and generosity, Ibaka receives and supports an endless stream of friends and strangers who hope he can change their lives.

The odds are long, but Ibaka shares an unshakeable faith that a better future is only possible if you never stop trying.

RELATED: Our feature on Serge Ibaka and his charity work in his native Republic of the Congo.