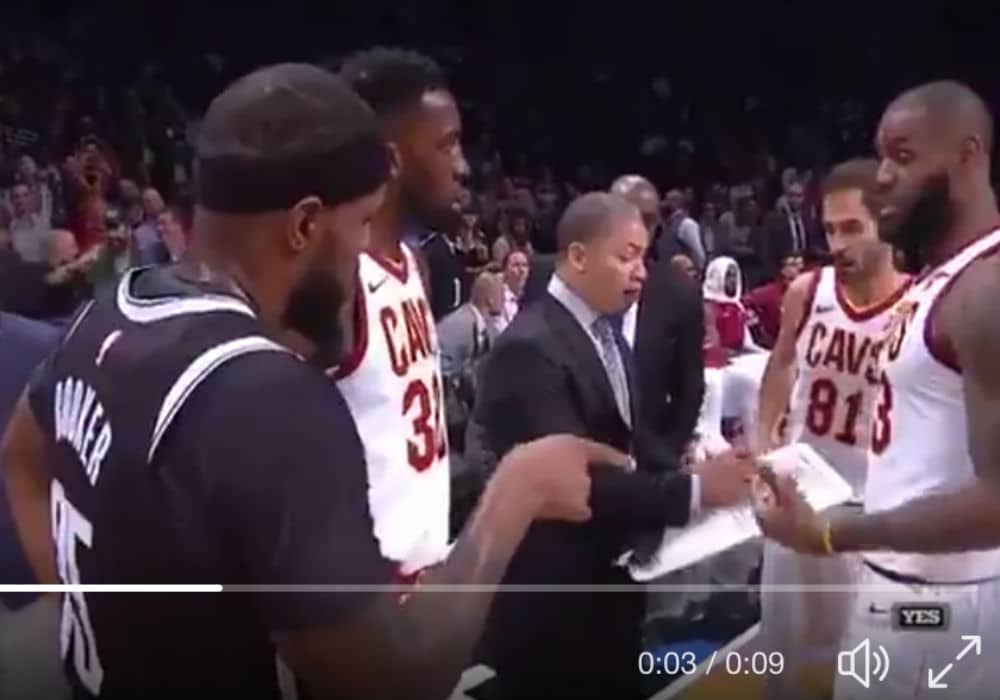 Trevor Booker has always been a jokester, but he took it to another level during Wednesday’s Nets-Cavs game at Barclays Center in Brooklyn in trying to get his team a competitive advantage against the East’s defending champs.

Trevor Booker was all up in the Cavs huddle 😂💀 pic.twitter.com/YB37Lo2j0Y

Ty Lue goes through his play diagramming for a few seconds before noticing Booker isn’t supposed to be there and can only laugh when he realizes there’s a Net in the middle of his huddle.

But, you’ve gotta give the Brooklyn forward some credit for selling the bit with some hand motions and the like. If the Nets end up winning — they led 55-52 at the half — we might see some more opposition research from Booker the rest of the season.