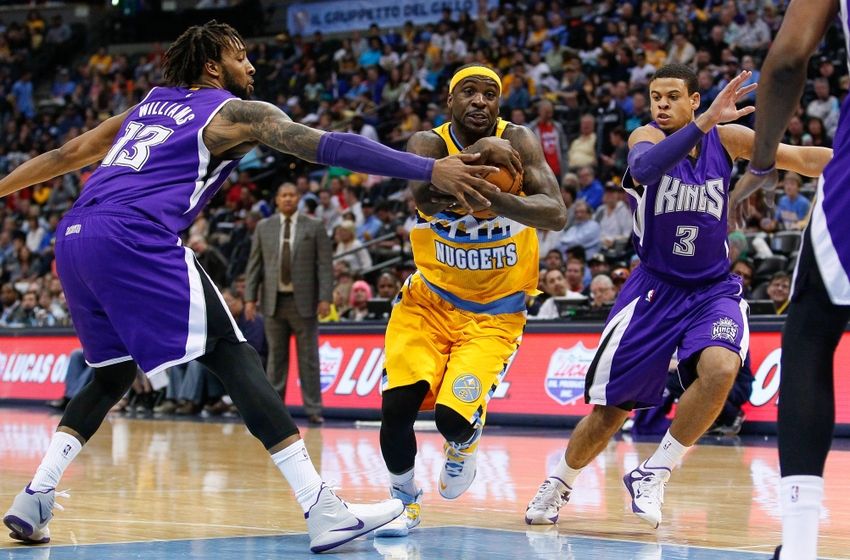 After his team selected fellow PG Emmanuel Mudiay with the seventh pick, a resigned (but not particularly unhappy) Lawson predicted that he was being dealt to the Sacramento Kings.

Here it is from @TyLawson3 "I'm going to Sacramento" #Nuggets pic.twitter.com/mhOsQgSTeq

Lawson has seen the writing on the wall, and it appears that it’s only a matter of time until the Nuggets part ways with the 27-year-old.

After the Nuggets selected PG Emmanuel Mudiay, there was instant speculation on what Denver would do with their current Point Guard Ty Lawson.

Ty was kind enough to fill in the blanks for everyone as he was live-streaming his reaction to the draft. Moments before the Nuggets drafted, Lawson speculated it would be Mudiay and after that was indeed the case, Lawson reacted “yup, told ya, Im going to Sacramento bro.”