Tyler Zeller Beats the Utah Jazz at the Buzzer (VIDEO) 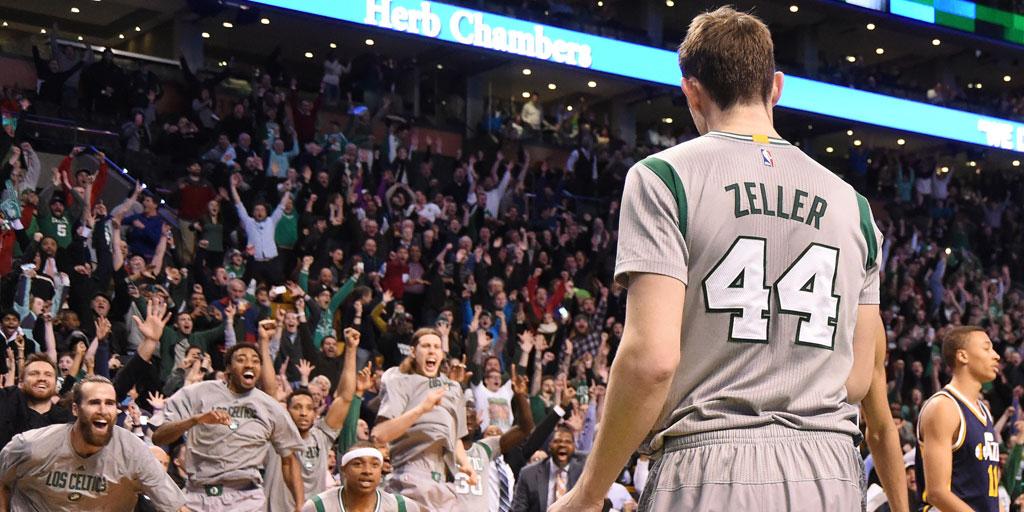 The big fella corralled an inbounds pass from Marcus Smart, fought his way to the hoop, and converted the game-winner.

The Celtics shot a horrid 37.5% from the field, but hung on for the W.

But the Celts survived their nearsighted tendencies by committing a franchise record three turnovers. The previous mark was four, achieved most recently on Dec. 27, 2007, at Seattle. (It should be noted turnovers didn’t become an official stat until 1970-71.) […] “We didn’t turn the ball over, and they didn’t make too many shots either (Utah hit 45.3 percent), so this game wasn’t as crazy as us shooting terribly and winning,” said Evan Turner, just 1-for-8 from the floor himself. “To hold a team to 84 points in an NBA game is always great, so we did what we needed to do. And on the last play, the execution was great, and that’s all you really need.”

… Smart couldn’t find (Jae) Crowder for a jumper on the first look from the right sideline and called a timeout. (Brad) Stevens noticed how the Jazz were defending things and switched the play. This time, Smart was able to get the ball in over the 7-foot-1 Rudy Gobert, hitting Zeller, who got up his shot between Rodney Hood, (Gordon) Hayward and the fast approaching Gobert.

“It was a good audible, because we had drew up something way different,” said Crowder, who rushed to congratulate Stevens after the final hoop. “He had to come up with another play. I feel like everybody wants that shot. As a basketball player, you want that shot, but you’ve got to believe in the coaches and believe in your teammates, and we did tonight.”