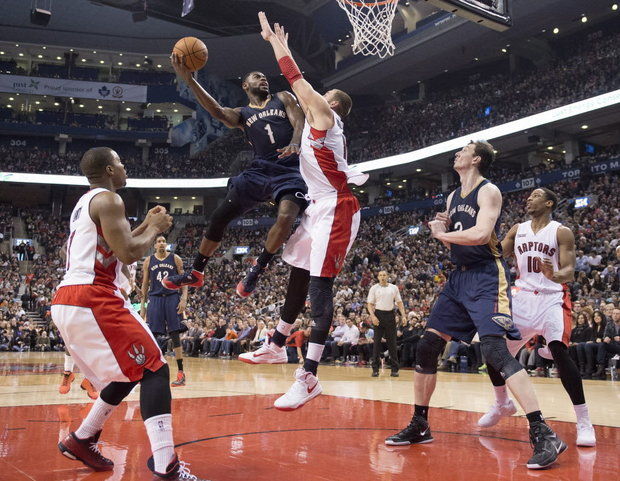 The New Orleans Pelicans were without superstar Anthony Davis, who missed his second consecutive game with a sprained left toe Sunday, but Tyreke Evans helped fill the void quite ably.

‘Reke finished with a game-high 26 points, 5 rebounds and five assists in a 95-93 road win against the reeling Toronto Raptors. Evans also hit an incredibly-tough layup to seal matters.

“Obviously we played against a team that’s picked to do well in the East,” Pelicans head coach Monty Williams said. “At some point, you have to overcome and I’m always talking about that with our team. Tyreke was the man down the stretch.”

“I just wanted to be aggressive,” Evans said about his game-deciding shot. “On the first play I gave it to Eric (on his missed 3-point attempt), but I was going to do the same thing but they did a good job of closing the lane. Then, the second time no matter what I was going to try and make a play.”

“We’re playing in mud right now,” Raptors coach Dwane Casey said. “Confidence wise, we have to come out believing that we’re going to make a play offensively or defensively.”