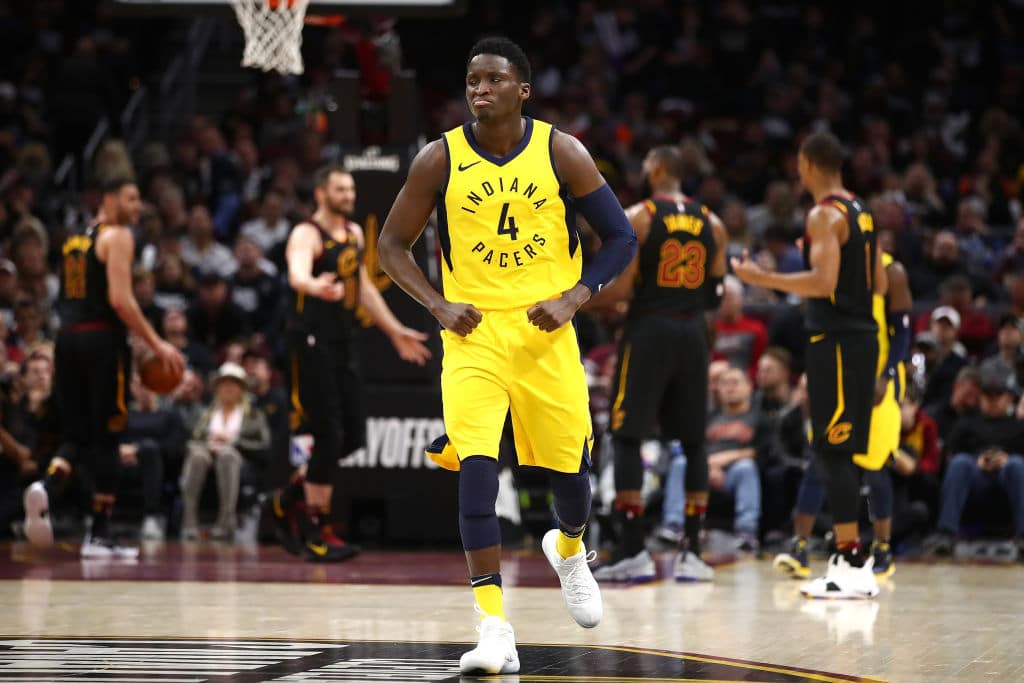 Cavs owner Dan Gilbert criticized the Pacers’ trade of Paul George to OKC last summer, an opinion that “added fuel to the fire” as Victor Oladipo led Indiana past Cleveland in Game 1 Sunday.

Oladipo says he was aware of Dan Gilbert’s comment last summer that #Pacers could have done better in George trade. “You could say it fueled the fire.”#Cavs pic.twitter.com/RC2moSBjea

Oladipo believes his team has a real shot at winning the first-round playoff series.

The Pacers are feeling confident after beating the Cavs for fourth time this season.

“We believe that we can win,” Oladipo said. “We came into this game with a mentality that we wanted to attack on both ends of the floor and play the way we’ve been playing all year, and we did a great job of that. It’s only one game, it’s only Game 1.”

Oladipo said Cavaliers owner Dan Gilbert provided him with extra motivation, citing his offseason remark that Indiana should have received better talent from Oklahoma City in return for Paul George. “You could say it added fuel to the fire,” Oladipo said. “I’m aware of what he said. Can’t control his opinion.”