Victor Oladipo Was Ready to Hit the Gym After Game 7 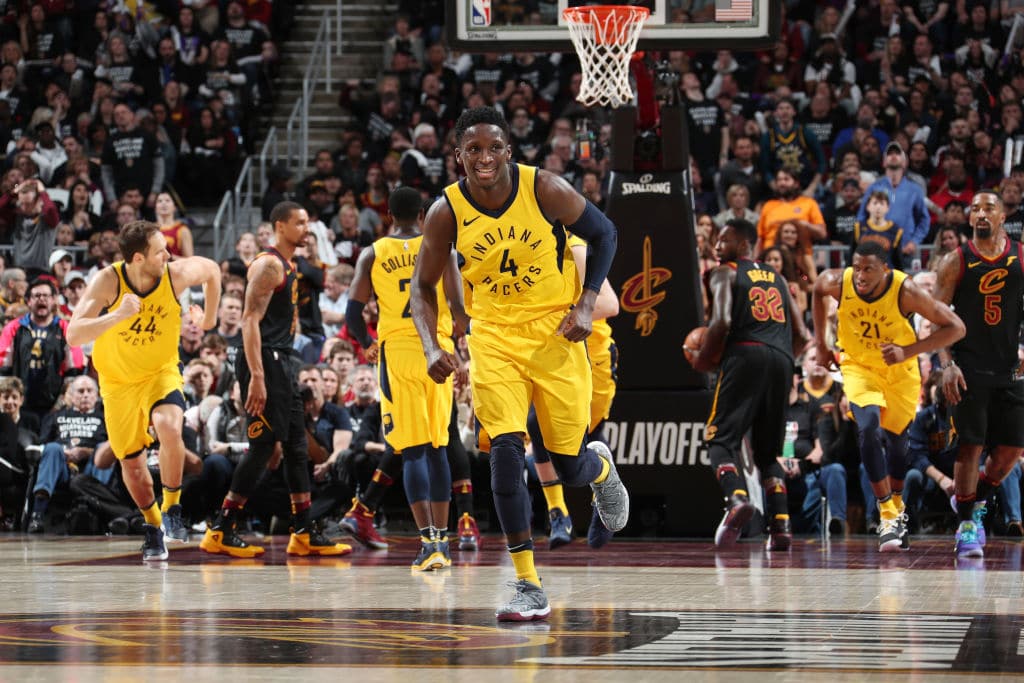 Victor Oladipo‘s 30 points and 12 rebounds weren’t quite enough for Indiana to get past the LeBron James and the Cleveland Cavaliers in Game 7, and the All-Star guard is already plotting how to get better immediately: he sent his trainer a message shortly after the 105-101 loss inquiring how soon they can get back in the gym.

Oladipo, 25, says he has not yet “scratched the surface” of his potential.

"Honestly, I feel like I haven't even scratched the surface of how good I really can be."#GameTime pic.twitter.com/SOGGmBJU6M

Vic averaged 22.4 points, 8.5 rebounds, 6 assists and 3.5 steals in the epic first-round playoff series, and feels that the Indiana Pacers have forced everyone to sit up and take notice.

“It was a great year,” Oladipo said of averaging a career-best 23.1 ppg and making his first NBA All-Star Game, “but honestly I feel like I haven’t even scratched the surface of how good I can be. … This summer I’m going to go to work so I can come back even better this year.”

What moment, a reporter wants to know, did the Pacers create?

“If y’all don’t respect the Indiana Pacers now,” he says, speaking generally, “I have no respect for you. That’s how I feel. Nobody thought we were going to be here. Nobody, not one person, but us in the locker room. I feel like we’ve earned that respect from everyone. I think that’s the moment we have created.”