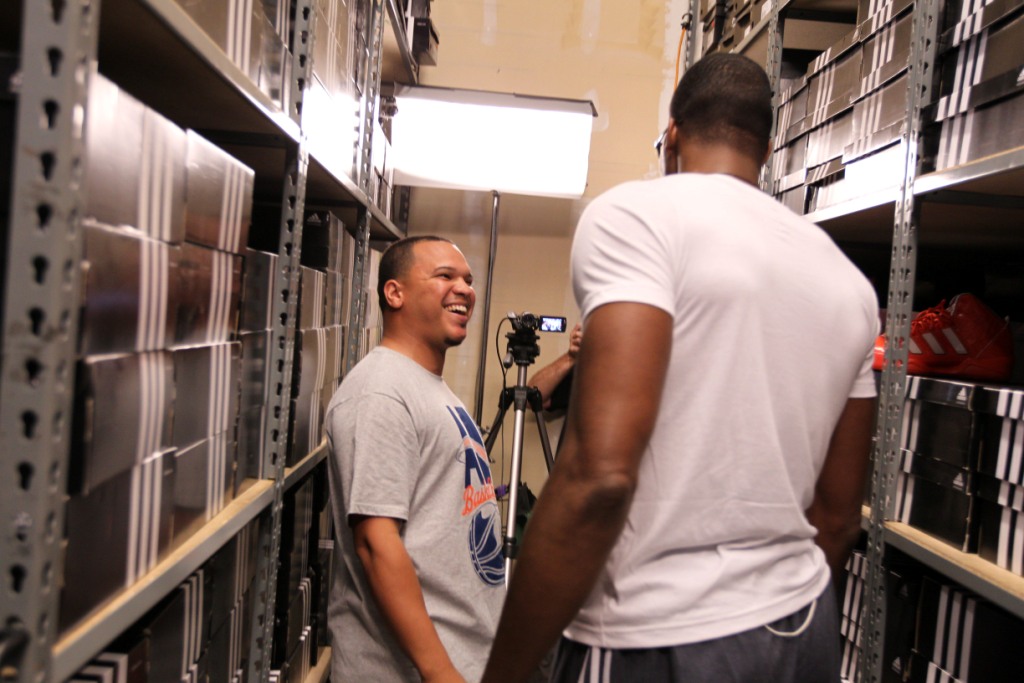 It pays to be a fan of adidas and Dwight Howard, as Orlando native and amateur sneaker reviewer Victor De Leon can now attest to. Known on YouTube as ZayaX, De Leon was all set up to review the adiPower Howard 2 signature shoe at the adidas Store in Orlando during NBA All-Star Weekend. Little did he know, he’d have a special guest join him—this after Howard called him out in October for not reviewing the adiPower Howard 1 (which he eventually did, per Superman’s request). For being such a passionate fan of Howard’s, and liking the adidas Basketball Facebook page, adidas hooked him up with access to all of the NBA All-Star festivities in addition to meeting DH12. Hit the adi FB page to post your review!