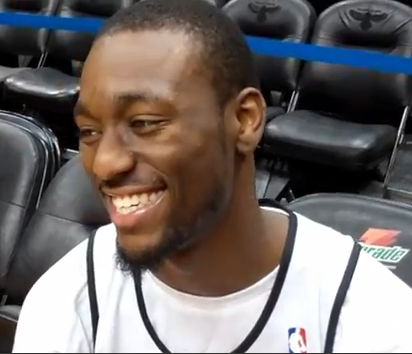 Since lifting UConn to a National Championship, Kemba Walker had a busy offseason. As part of a new group of rising talent for Under Armour, Walker filmed an individual commercial as part of the “Are You From Here?” series.

While we know where Walker is from, the fun is anticipating where he is going. As the No. 9 pick in the 2011 Draft, Walker headed to the rebuilding Bobcats—a team that is forming a new identity after making the franchise’s first playoff appearance in 2010.

Walker is ready to accept whatever role he needs to play, and he knows what it takes to build a reputation in basketball. Walker averaged 8.9 points in his first year at Connecticut, before becoming the go-to guy in his junior campaign with the team. His ability to close out games and finish around the basket cemented his reputation as a get-it-done guard with crafty court moves and a gritty scoring repertoire.

While Walker has proven he has what it takes to lead and to win, his career will hit restart with the Bobcats, as most high draft picks learn the cyclical nature of success when they hit the NBA. The Bobcats need more than one future star to contend, although they made sure to pick the player with the most intangibles in the 2011 Draft.

This is what Kemba had to say after shootaround before his second preseason game against the Hawks. It was a short interview, but as you know, rookies can’t be late for the team bus!