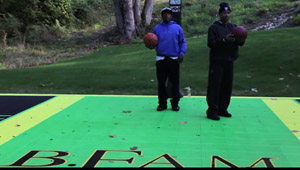 Episode eight of Nate Robinson’s awesome “State of Nate” series highlights the relationship between Nate and fellow Seattle native/Sacramento Kings rookie Isaiah Thomas. Both Robinson and Thomas went to the University of Washington as well, so the comparisons were unavoidable. Not only do the two have similar games, but they happen to be great friends off the court, and Nate serves as a mentor to his younger counterpart. Peep the vid above for some great footage of the two while they were in high school and highlights from their head-to-head matchup that went down earlier this season, along with a look at a recent SLAM photo shoot featuring the two.