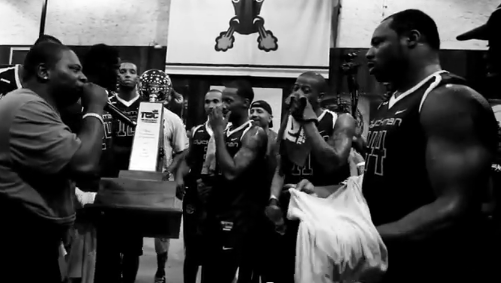 The final episode in the chronicles of streetball powerhouse Team NIKE recaps the long journey Coach Bingo and his troops endured en route to winning the Dyckman Championship. After several ups and downs, The Boys In Black triumphed in the face of adversity, defeating Ooh Way records, 71-70. Although they left Dyckman Park with two losses under their belt from the regular season, the crew showed unity as the team pulled through to win the League Championship. For dessert, the Boys in Black came together one last time and won themselves a city title in the Nike Tournament of Champions. Will they be back next summer? They certainly hope so. Until then, opposing teams must watch the throne.