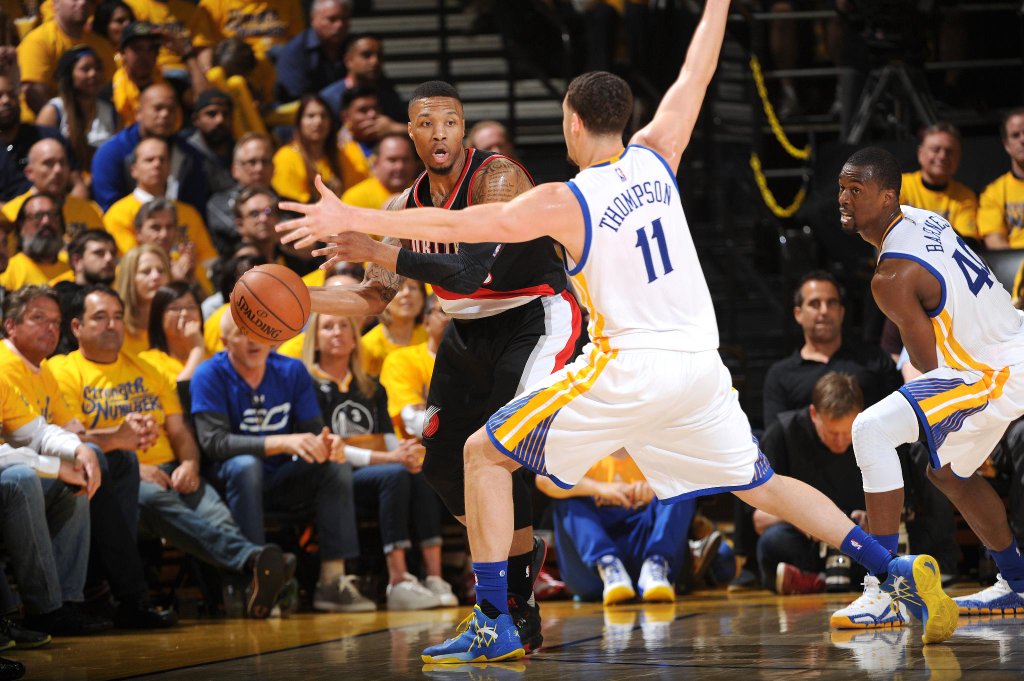 Klay Thompson led the way for the defending champs with 27 points, and Damian Lillard scored 25 and handed out six assists for Portland.

Draymond Green chipped in with 17 points, 14 rebounds, seven assists and four blocked shots in the victory.

“It started with how focused we were in that fourth,” Thompson said. “We’ve been down and out before. … We were just locked in on both sides of the ball. We can build on this game. That effort there in the fourth quarter is what it’s going to take to beat this team.”

Game 3 is Saturday in Portland, and (Stephen) Curry could be in uniform. […] “We hung in there,” Warriors coach Steve Kerr said. “We turned around what was a pretty bad game for us but we had enough time to get back.”

Damian Lillard’s 3 to beat the third-quarter buzzer put Portland ahead 87-76 entering the final 12 minutes — Golden State’s largest deficit going into the fourth all playoffs. […] “We played three really good quarters. We showed we can compete with them,” Blazers coach Terry Stotts said. “It got away from us in the fourth quarter. It’s disappointing to lose a game you’re competitive and you’re in position to win in the fourth quarter. We’ve got to close it out. It was an opportunity to get a win on the road. We’ve got to learn from it.”