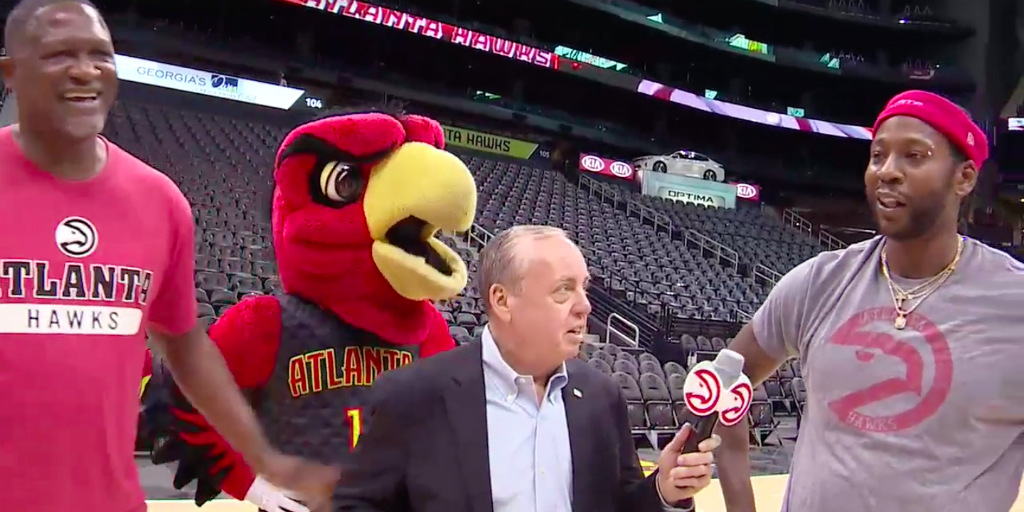 Back in the day, Atlanta rapper 2 Chainz hooped at College Park’s North Clayton HS before taking his game to Alabama State. Since then, the MC has blown up and become a fixture at Hawks games, and will be performing at the team’s December 30 matchup against the Pistons.

Dominique Willkins and Chainz squared off in a 3-point shooting contest at Phillips Arena with tickets for fans on the line. The rapper was no match for the Hall of Famer, but didn’t go away quietly as he challenged ‘Nique to another competition.