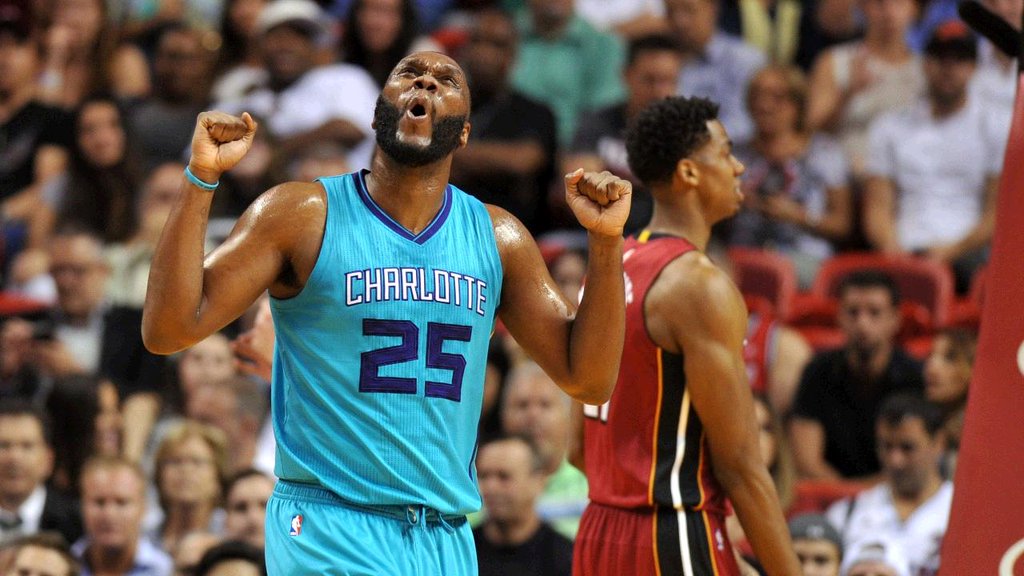 The Charlotte Hornets, owners of the third best record in the NBA since the All-Star break, overcame a 15-point second-quarter deficit to take down the Miami Heat 109-106 Thursday night.

Al Jefferson and Kemba Walker each scored 21 points for the visitors.

“Day by day, try to get better, good shootaround, have a good practice, film session,” said Charlotte coach Steve Clifford, whose team endured a seven-game slide earlier this season. “That’s the way you have to do it. I believe we have the right kind of guys. They’re serious minded and I think our approach is good right now.”

Miami had a shot to force overtime, but Dwyane Wade’s open 3-pointer was short and time expired. Luol Deng scored 22 points for the Heat, while Josh Richardson scored 18 and Hassan Whiteside added 17 for Miami, which has now dropped 10 games this season in which it held a lead of 10 points or more. […] “This is a good team and they’ve been playing very well,” Wade said. “This is kind of Eastern Conference playoff basketball. You know there’s going to be highs and lows throughout the game.”