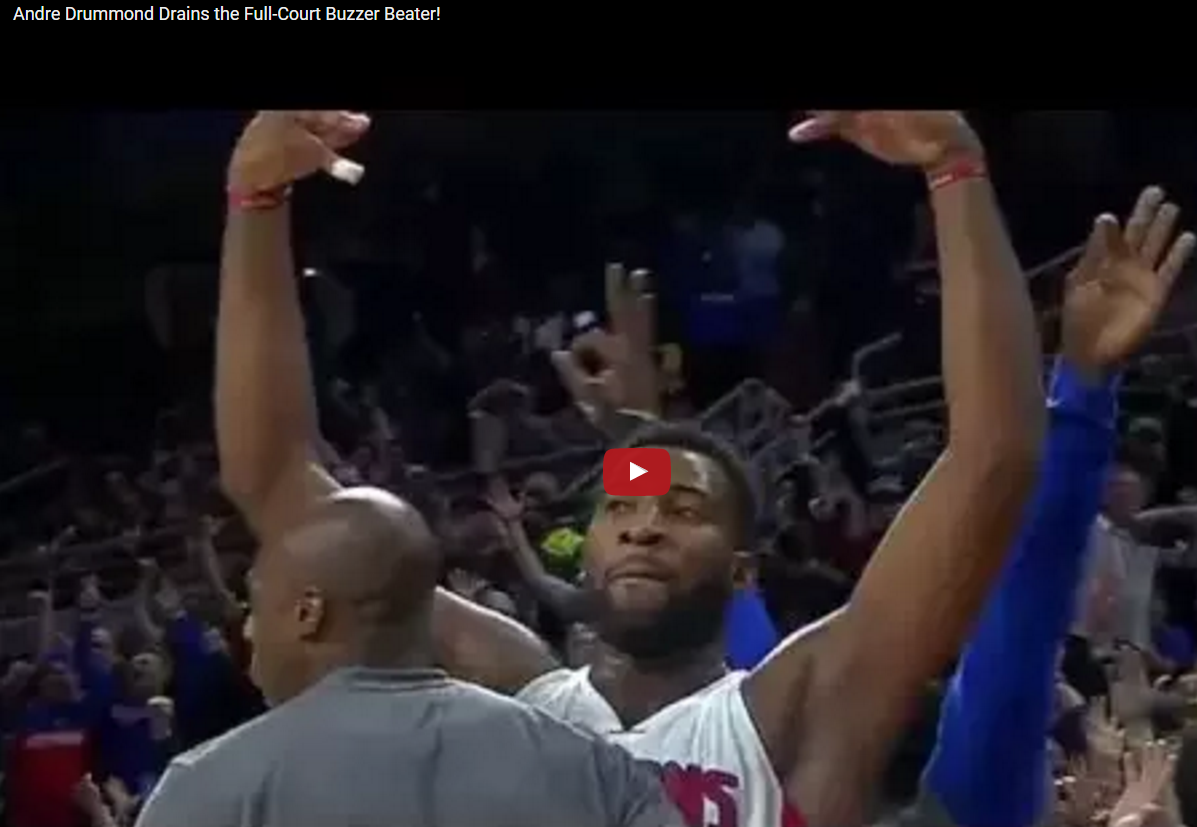 Detroit Pistons center Andre Drummond brought the third quarter to a close Monday night by flinging in a heave from way, waaaay downtown.

The Pistons had little else to celebrate, as the visiting Toronto Raptors handed them a 103-89 loss.

The Raptors have won three in a row.

When Andre Drummond’s shot from about 80 feet dropped straight through the net to end the third quarter, Toronto’s lead was down to five points, and it looked like this game against the Detroit Pistons might come down to the wire.

Instead, Kyle Lowry and the Raptors put it out of reach pretty quickly. […] “That shot could have gave them some momentum, but we had the ball coming up the court, and we had to be aggressive,” Lowry said.

Lowry began the fourth quarter with a three-point play, and the Raptors went on an 11-2 run to pull away for their 14th victory in 15 games, 103-89 over Detroit on Monday night. Terrence Ross added 18 points for the Raptors. […] “I liked the way we competed. We were just playing a great team that played extremely, extremely well and every mistake we made, they put the ball in the basket,” Detroit coach Stan Van Gundy said. “I’m not angry with my players. I’m angry with myself, because we competed that hard and I couldn’t find a way to help them.”