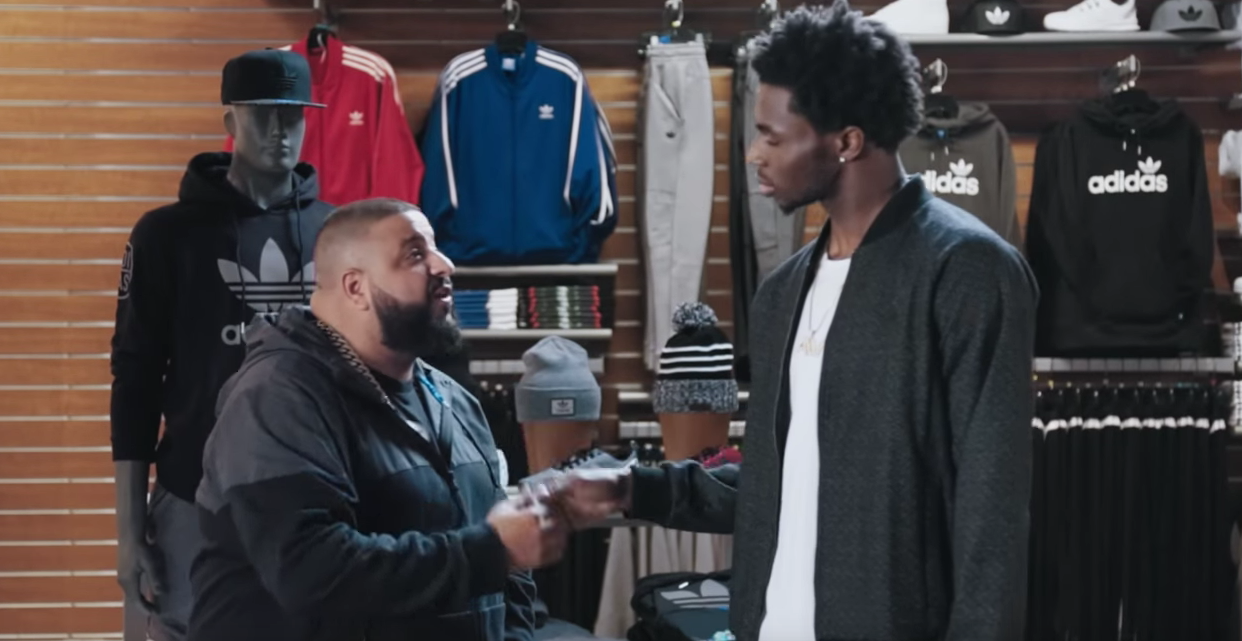 Andrew Wiggins and DJ Khaled, along with Champs Sports, are launching a nine-part video series (which will also feature Pittsburgh Steelers receiver Antonio Brown) to show off the freshest gear to get this holiday season. Watch the video above to see young the Timberwolves star and Khaled going back and forth in this behind-the-scenes-type vid.

In a new series titled “Game Consultants,” DJ Khaled returns to his old stomping grounds — Champs Sports, where he was once a store associate — for nine digital videos featuring Wiggins and (Pittsburgh Steelers superstar) Antonio Brown sharing the hottest hook-ups for the holiday season. The videos feature funny exchanges between DJ Khaled and Wiggins and Brown as they playfully drop knowledge on the best sportswear looks.