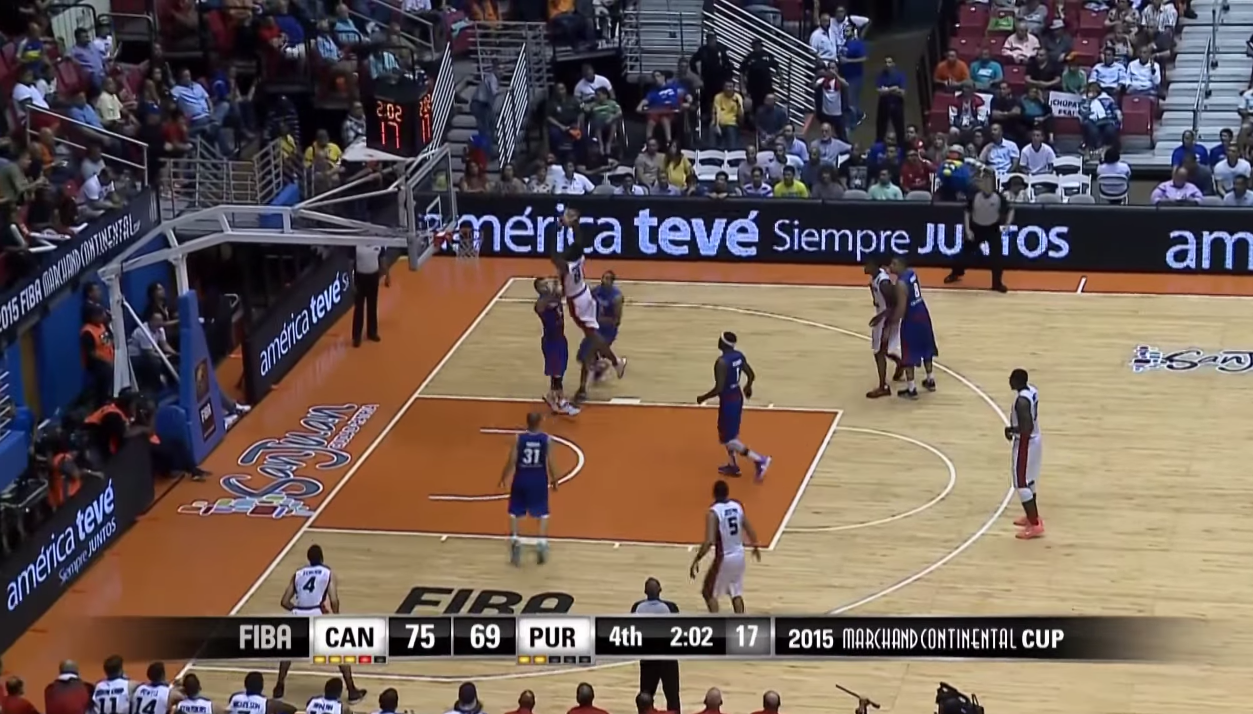 For some inexplicable reason, J.J. Barea didn’t leap out of the way when he spotted an airborne Andrew Wiggins coming at him Wednesday in an exhibition match between Team Canada and Puerto Rico.

Wiggins punctuated his 20-point performance in the 78-72 win with the monster jam above, as the Canucks finished with an unblemished 4-0 record in the tune-up tourney.

"This last game was a turning point for us, to make us know we're ready. The chemistry is building every game.” Andrew Wiggins

Per the Canadian Press:

Andrew Nicholson added 16 points, including four three-pointers, for Canada while Melvin Ejim chipped in with 11 points and 11 rebounds off the bench.

“I thought it was a hard-fought game — very, very scrappy,” Canadian head coach Jay Triano said. “I thought Puerto Rico played extremely well, won a lot of the battles, the 50-50 balls and caused problems for us with their size and speed.”