WATCH: Barack Obama Welcomes the Warriors to The White House 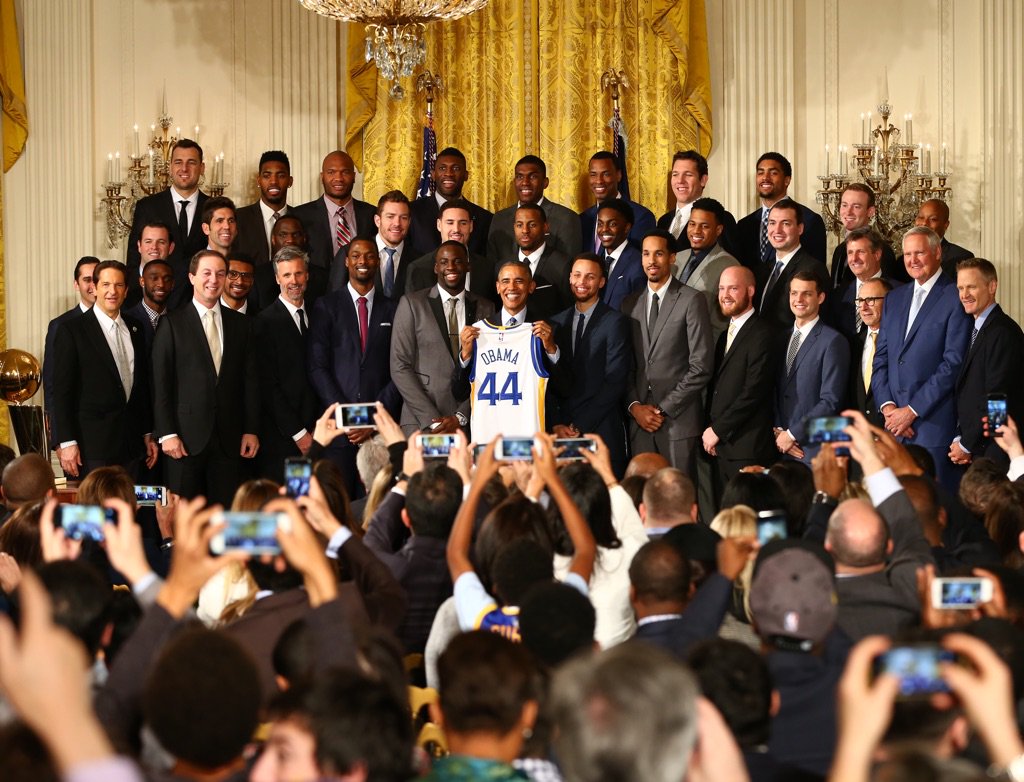 U.S. President Barack Obama hosted the NBA champion Golden State Warriors at The White House on Thursday, and the POTUS pulled out his familiar comedy routine on Stephen Curry and company.

"It is rare to be in the presence of a guy from the greatest team in @NBA history…" @POTUS https://t.co/CvtOXveafU

The Dubs were coming off a resounding road win against the hometown Wizards, in which Curry won his high-scoring duel with fellow All-Star point guard John Wall.

The Warriors defeated the Cleveland Cavaliers in last year’s NBA finals and are off to a historically strong start in their quest to repeat, sporting a 45-4 record so far this season. […] “It’s beautiful to watch when they’re working on all cylinders,” Obama said during a ceremony at the White House.

Obama, a big Chicago Bulls fan, couldn’t help but reference the great Bulls teams from the 1990s. He jokingly told the Warriors at the beginning of the ceremony that it’s rare to be in the presence of guys who are part of one of the greatest teams in NBA history. […] “So we’re pretty lucky today that we’ve got one of those players in the house — Steve Kerr,” Obama said, referring to the Warriors coach, who also played on those Bulls teams.