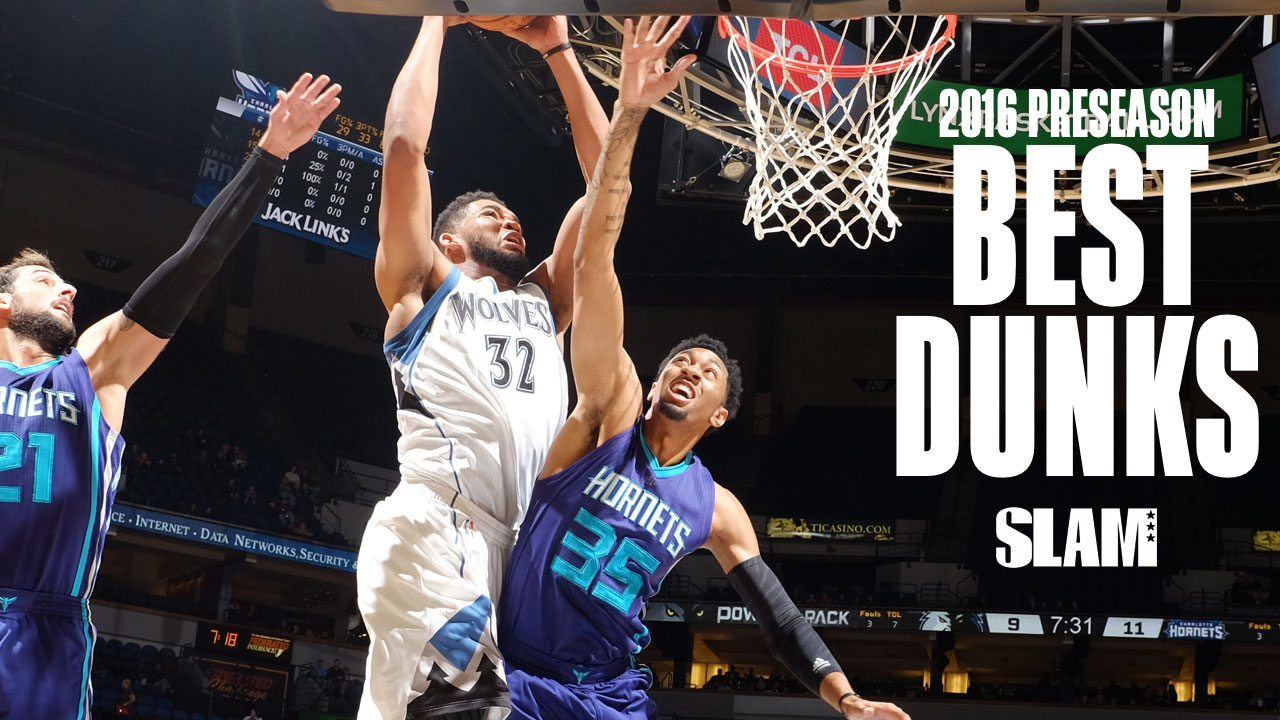 The 2016 NBA preseason got us plenty hype for the season opener.

As an appetizer for the regular season, feast your eyes on some impressive preseason dunks from the likes of Russell Westbrook, Karl-Anthony Towns, Brandon Ingram, Vince Carter, Zach LaVine, Kristaps Porzingis, Blake Griffin and more.