WATCH: Blake Griffin Trained for the Season By Playing Handball 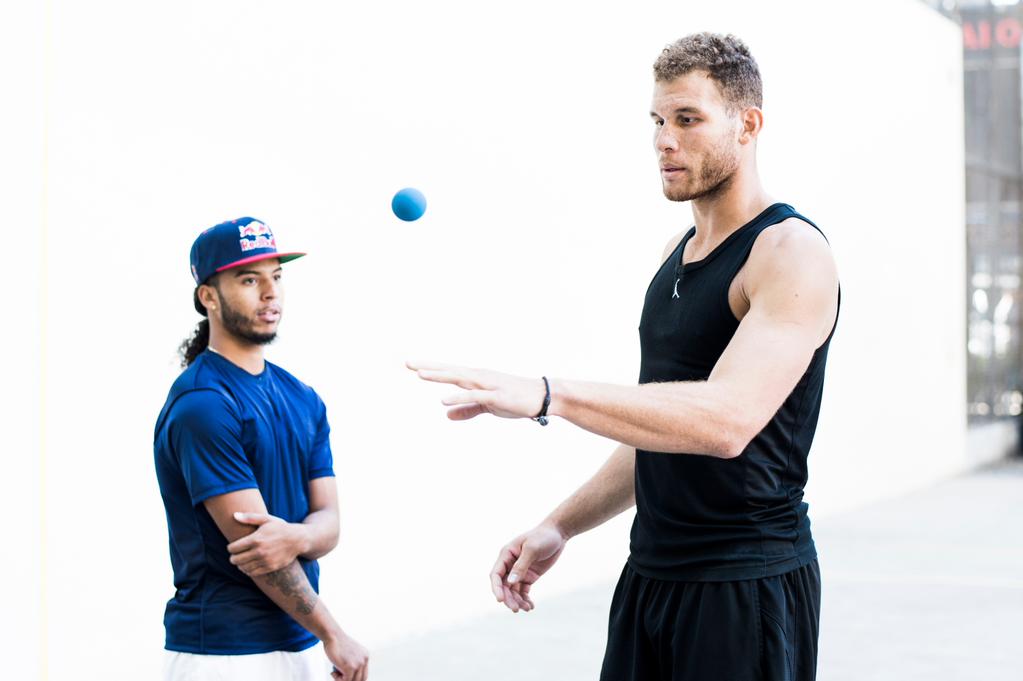 Pictures recently surfaced of Blake Griffin trying his hand at, well, handball. We now have the footage.

trying my hand at handball w/ @timbogonzalez. check out the 1st ep of my series The CrossOver http://t.co/wPUfuiQhnb pic.twitter.com/3DA2eLQuCn

The LA Clippers superstar forward hopes the sport helps him become quicker, stronger and healthier throughout his NBA career.

“I want a long and healthy career,” Griffin said. “I want to be quicker, be stronger and I want to be a leader.”

In the debut episode of “The Crossover,” narrated by Griffin himself, Griffin practiced with handball legend Timothy “Timbo” Gonzalez at the West 4th Street Handball Courts in New York City. Gonzalez, famous for his hand-eye coordination and speed, said the NBA player is a quick learner. […] “He’s really good,” said Gonzalez, who taught Griffin the importance of court control in handball. “I’ve never had anyone able to hit the ball to me back as many times as he did.”

Griffin confessed he wasn’t ready for the endurance aspect of handball and the amount of footwork the sport requires. The two athletes worked out with an 8-pound medicine ball, which had Griffin breathing heavily and dripping sweat. Then, they played handball with resistance bands attached to their backs on a hot summer day in the city. […] “You’re mentally being fatigued as well as physically, so that’s one thing I loved about this,” Griffin said.