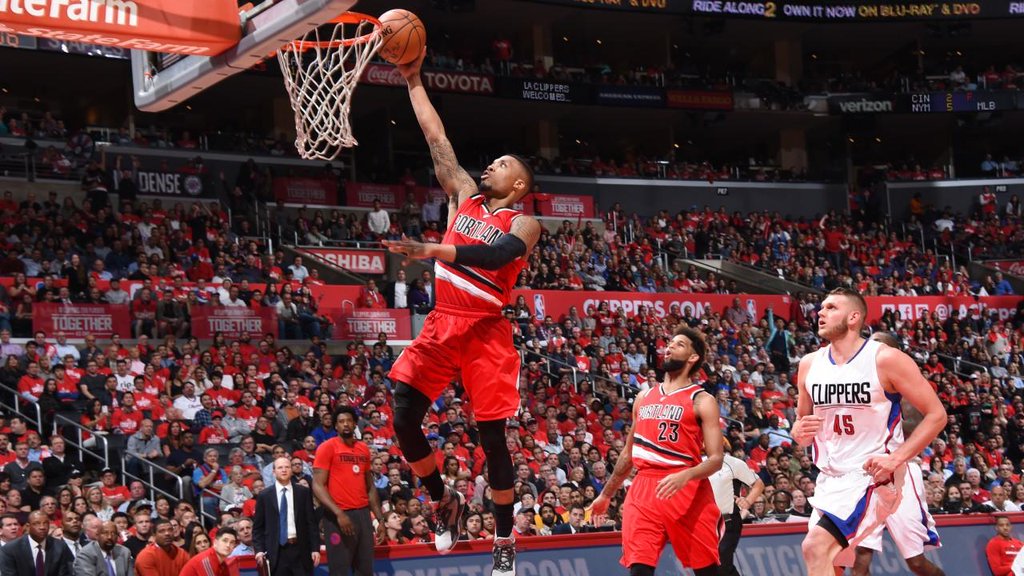 The short-handed, tear-eyed LA Clippers are on the verge of elimination from the NBA Playoffs.

The Clips know their star-crossed season will soon come to a merciful end.

Damian Lillard finally made his first field goal early in third quarter, and the Portland Trail Blazers knew the game was about to change. […] “I’ve always been able to put the first three quarters behind me and come up big when my team has needed it,” Lillard said. “It wasn’t even so much missing the shots that were bothering me, it was just that I couldn’t get any attempts because they were so aggressive. But I stayed with it, kept my mind right and I saw one go in. That was it.”

CJ McCollum led the Blazers with 27 points. They are up 3-2 and could close it out Friday in Portland. If Game 7 is needed, it would be Saturday back at Staples Center. […] Maurice Harkless added 19 points and 10 rebounds, and Mason Plumlee had 10 points and 15 boards for Portland. The Blazers made six 3-pointers in the fourth, with Lillard hitting five as they outscored the Clippers 37-27.

Try as they might, the Clippers could not overcome the double-whammy of losing their two biggest stars. (Chris) Paul is out indefinitely after breaking his right hand on a freakish play in Game 4, when (Blake) Griffin aggravated a left quadriceps injury that had kept him out three months during the season. He won’t be back in the postseason. […] “We were exhausted,” Clippers coach Doc Rivers said. “I had to call two timeouts (in the third). That’s not conditioning, that was emotion. They wanted to win. They were just up, and sometimes you get up too much.”