WATCH: Brandon Knight Torches the Lakers With a Triple-Double 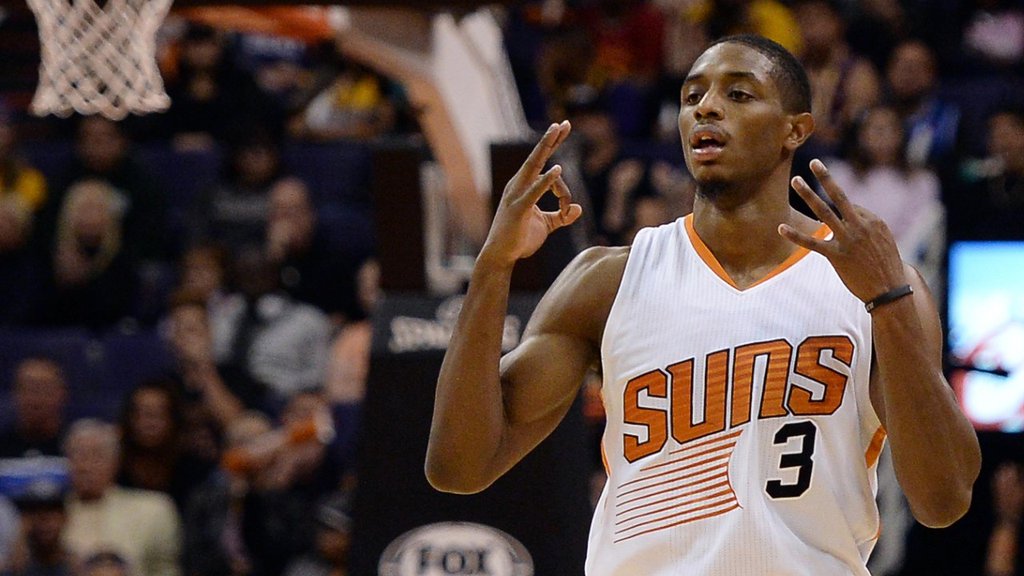 Knight dominated the Lakers’ guards to the tune of 30 points, 15 assists and ten boards for his first career triple-double.

He also did this to Marcelo Huertas, who is somehow considered an NBA player.

Kobe Bryant sat out the game due to old age fatigue.

It has been alternating brilliance from the Suns guards of late – from game to game and within each game. Point guard Eric Bledsoe scored 21 points for his career-best fifth consecutive 20-point game, and it became a footnote to how Knight starred just four nights after his career-high-tying 37-point game. […] This time, Knight set a career high for assists with 15 and turned it into his first career triple-double when he got a cue from the bench about what he needed. A tiring Knight chased down a loose ball for his 10th rebound (his 1,000th career board) with 4:46 to go in the game, sending a towel-waving Bledsoe and other bench players into a celebration.

Knight finished with 30 points, 15 assists, 10 rebounds and four steals, joining Pete Maravich, Magic Johnson and Russell Westbrook as the only players to reach those numbers since steals became a statistic in 1973-74. […] “You’re going to have some up-and-down nights,” said Knight, who entered this homestand off an eight-turnover game. “The most important thing is that our team is playing well. As long as our team is playing well, we’re going in the right direction. Individual things will take care of themselves.”

Knight made three of the Suns’ 11 3-pointers that helped counter how the Lakers shot near 50 percent for most of the game.