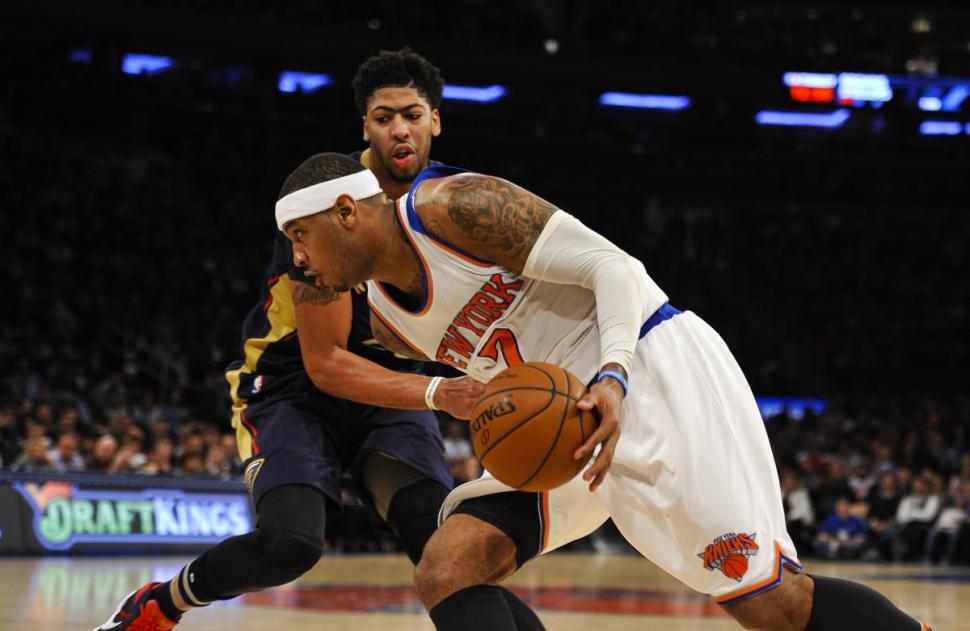 Kevin Seraphin, a member of the French national hoops team, had his best game yet as a Knick, scoring 12 points in 14 minutes.

Kevin Seraphin was standing on the court listening to the French national anthem playing for the first time in his NBA career, trying to keep his emotions stable as the camera captured him mouthing the words. Long before he was swept up in the anthem, the Frenchman spent an hour getting an elaborate haircut to serve as a tribute to his home country, with a peace sign shaved into the back of his head above the word, “PARIS.”

He said there were goosebumps when the Garden speakers blasted the France anthem before tipoff, and a personal effort to prevent tears. […] “The camera was in my face, so I was like, ‘I cannot do that,’” he said. “That was very emotional.”

Seraphin, a member of the French national team, hadn’t played in the previous game against Cleveland and was stuck to the bench for the entire first half Sunday. But the backup forward went from another potential DNP to a late-game catalyst. […] “He gets the game ball. If we were doing team game balls, he gets it,” Carmelo Anthony said. “He deserves it. He was ready, came in and was a big part of kind of our run that we made. To see him, and what he is dealing with emotionally and mentally, be prepared when his number was called was big.”