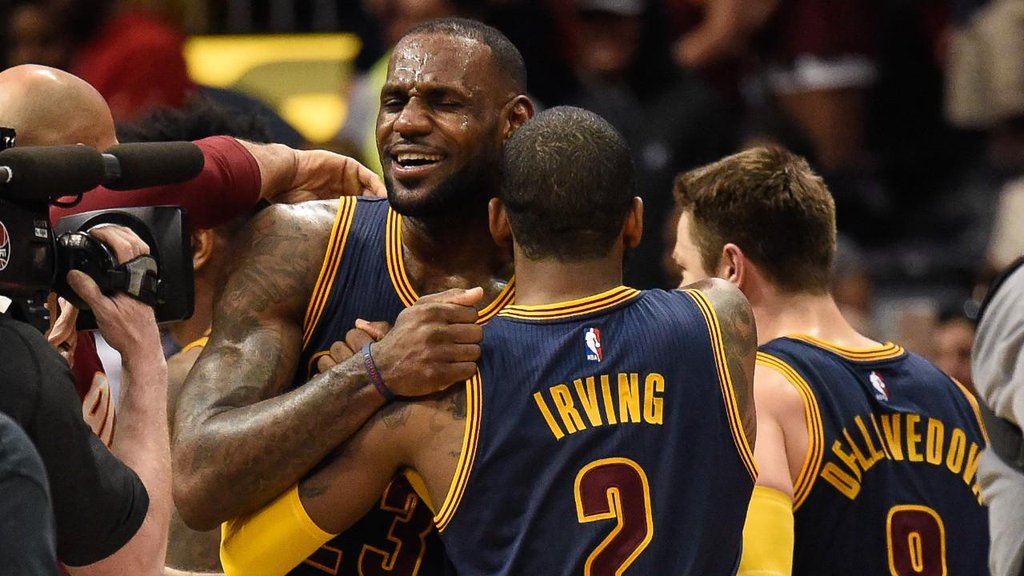 The Cleveland Cavaliers, led by the superstar trio of LeBron James, Kyrie Irving and Kevin Love, are now 8-0 so far this postseason having swept both the Detroit Pistons and Atlanta Hawks.

The Cavs advanced to the Eastern Conference Finals with a 100-99 win Sunday—Love finished with a game-high 27 points, James clinched the series with a dagger jumper and Irving nearly had a triple-double.

This team, at full strength, is absolutely terrifying.

“This is more than I dreamed of,” Irving said. “It’s what I genuinely enjoy about basketball, playing with great guys.” […] Now, fully healthy and finally comfortable together after some rocky moments, LeBron & Co. cruised into the conference finals to meet either Toronto or Miami. The Raptors lead that series 2-1.

“We’re in a great rhythm right now,” said James, who won two titles with the (Miami) Heat and wants to bring one home. “We know exactly where we want to be on the floor.”

“We know Atlanta is a tough team, and the closeout game is the hardest game,” said coach Tyronn Lue, who took over the Cavaliers during the season after David Blatt was fired. […] This was a rematch of last year’s conference finals, in which the Hawks were the top seed but got swept by the Cavaliers. With Cleveland seeded No. 1 this time, the result was the same. Atlanta Hawks had fourth-quarter leads in three of the four games but wasn’t strong enough to finish, dropping to 0-12 in the postseason against the Cavs.