WATCH: Chris Paul Drops 25 Points on the Blazers in Game 2 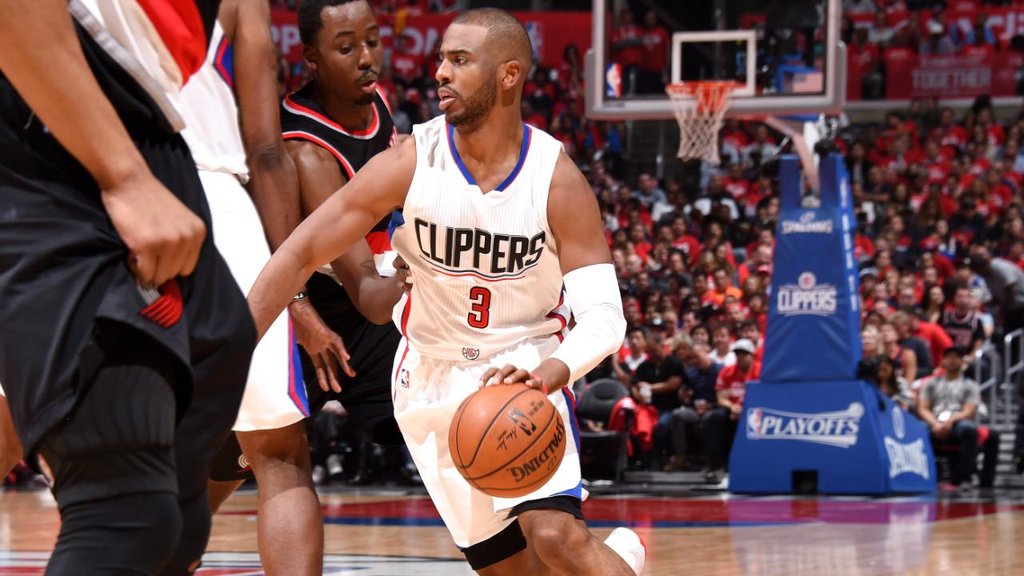 The talent differential between the LA Clippers and Portland Trail Blazers has been evident through the first round Playoff series’ two games—Chris Paul, Blake Griffin and co. led the Clips to a 102-81 victory Wednesday night, giving the Clips a 2-0 series lead.

The Clipper bench also chipped in with 43 points.

Paul and Griffin told head coach Doc Rivers to extend the reserves’ playing time as they were rolling.

“Those guys looked like they were in a good rhythm,” said Paul, who led the Clippers with 25 points. “We’ve all been together long enough to know, let them keep rolling, let them keep going until they really need a break. If we come out of the game up six, when we go back in the game, we may be up 10 or up 12. We just need those guys to keep playing with that confidence.”

Jamal Crawford, the NBA’s Sixth Man of the Year, led the reserves with 11 points and Jeff Green added 10 on a night when the Clippers’ starters weren’t their usual dominant selves. The bench opened the second quarter on a 12-2 run, stretching a six-point lead to 15. […] “The bench won us the game,” J.J. Redick said. “Defensively, they were great all the way down the line and they each had impact on the game.

Damian Lillard and Mason Plumlee led the Blazers with 17 points each. CJ McCollum added 16 after being held to nine in their 20-point loss in the series opener. Plumlee and Al-Farouq Aminu had 10 rebounds each. Portland shot a season-worst 34.1 percent. […] “Especially at the start of the game, I got a lot of good looks,” Lillard said. “When you get those good looks you’ve got to knock them down, especially in a playoff series like this when they’re trapping and sending two guys.”