WATCH: Clippers With a 22-Point Rally to Beat OKC 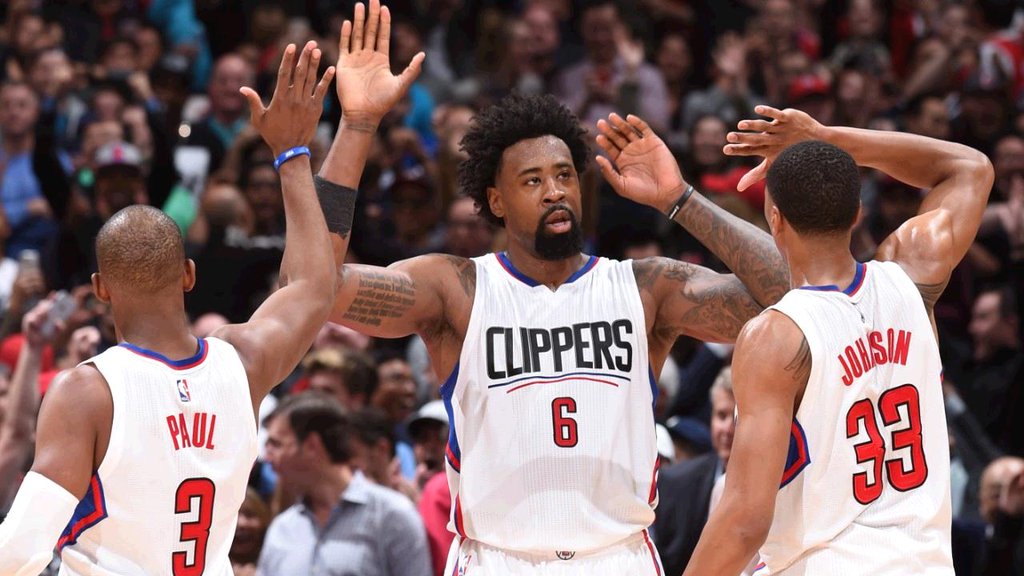 The OKC Thunder’s day went from terrible to even worse Wednesday night in Los Angeles, as they squandered a 22-point lead and lost 103-98 in stunning fashion to the Clippers.

Chris Paul led the way for the Clips—winners of three in a row—with 21 points and thirteen assists.

OKC is now off to Oakland tonight for a highly-anticipated rematch with the Golden State Warriors, with plenty of soul-searching to do.

The day began for the Oklahoma City Thunder with the stunning news that part-owner Aubrey McClendon had died. It ended with the players and coaching staff shaking their heads for another reason. […] The Thunder squandered a 22-point lead in a 103-98 loss to the Clippers on Wednesday night. Los Angeles ended the game with a 26-5 run after trailing by 16 with 7:30 left. Oklahoma City had only one field goal during that stretch, a 17-foot jumper by Kevin Durant.

“I’m not taking anything away from L.A. Obviously, they had to make the plays to get back in it,” Thunder coach Billy Donovan said. “But did we beat ourselves, or did they beat us? The biggest decision that we have to make collectively, from an accountability standpoint, is that there’s got to be a whole level of sacrifice by everybody.”

Chris Paul had 21 points and 13 assists for Los Angeles, and DeAndre Jordan had 20 points and 18 rebounds. It was the largest comeback victory of the season for the Clippers, who reached the 40-win mark for the fifth year in a row and ninth time since the club relocated from San Diego to Los Angeles in 1984. […] “Our intensity was key,” Paul said. “The defense picked up in the second half. I was out to start the fourth quarter, and Jamal Crawford looked at me and said: ‘We are going to get us back in this thing by the time you guys (the starters) get back in.’ I don’t know if he’s a fortune teller, but he did it.”