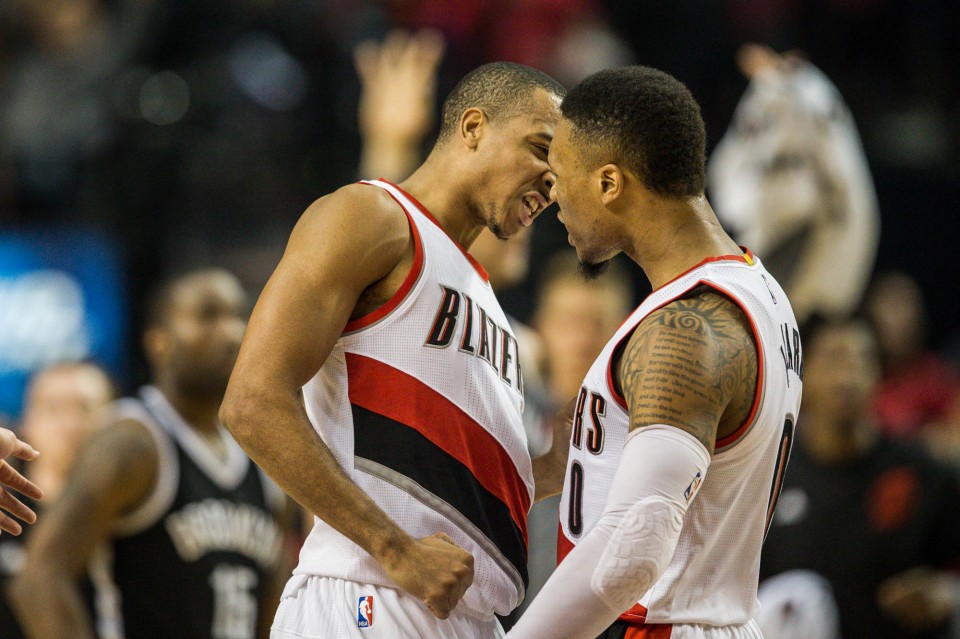 The Portland Trail Blazers have won six in a row, largely behind the heroics of their dynamic backcourt duo of Damian Lillard and C.J. McCollum.

Lillard and McCollum each scored 34 points Tuesday night, leading the Blazers to a 112-104 against Brook Lopez (36 points, 10 rebounds) and the visiting Brooklyn Nets.

Lillard became the first NBA player to score 30+ points in five straight games this season, and moved past Zach Randolph on the Blazers’ all-time scoring list.

Lillard became the first player to score at least 30 points in five straight games for Portland since Geoff Petrie in the franchise’s inaugural 1970-71 season, and the first NBA player to do so this season. McCollum added six assists and five rebounds and cracked the 30-point mark in back-to-back games for the first time in his career.

“No question they carried us,” Portland coach Terry Stotts said. “Sixty-eight points from your backcourt, that goes a long way.”

The game was tied before McCollum and Lillard hit consecutive 3-pointers to make it 107-101 with 1:25 left. Lillard sealed the win with four free throws in the last 26.4 seconds. […] “We showed some fight,” Lillard said. “We didn’t panic and let the game completely slip away like we’d done in games in the past.”