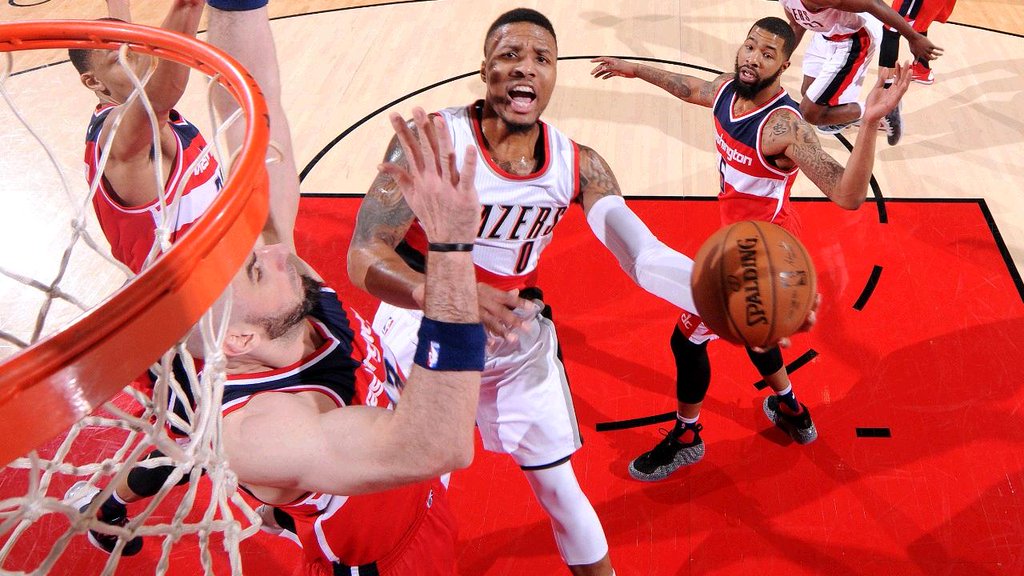 Damian Lillard since the All-Star game:

Gerald Henderson and Alan Anderson got into a scuffle, resulting in an ejection for Anderson due to an elbow.

Things got a little testy earlier, resulting in a double technical and ejection.

Henderson made a game-saving block on Marcin Gortat’s layup attempt at the end of regulation.

It was Lillard’s 15th straight game with 20-plus points, the second-longest streak in the NBA behind Kevin Durant’s 48. CJ McCollum added 18 points for Portland, which moved into sixth place in the Western Conference. […] “Coming off three losses in a row, this was a must-have,” Lillard said. “We had to have this one.”

John Wall had 20 points and 11 assists for the Wizards, who have lost three straight. Ramon Sessions added 21 points off the bench, while Marcin Gortat had 19 points and 10 rebounds.

Lillard hit a 3-pointer that gave the Blazers a 111-106 lead in the extra period. Wall answered with a 3 for the Wizards, but Lillard’s layup with 23.5 seconds left made it 113-109 and Portland hung on for the win.