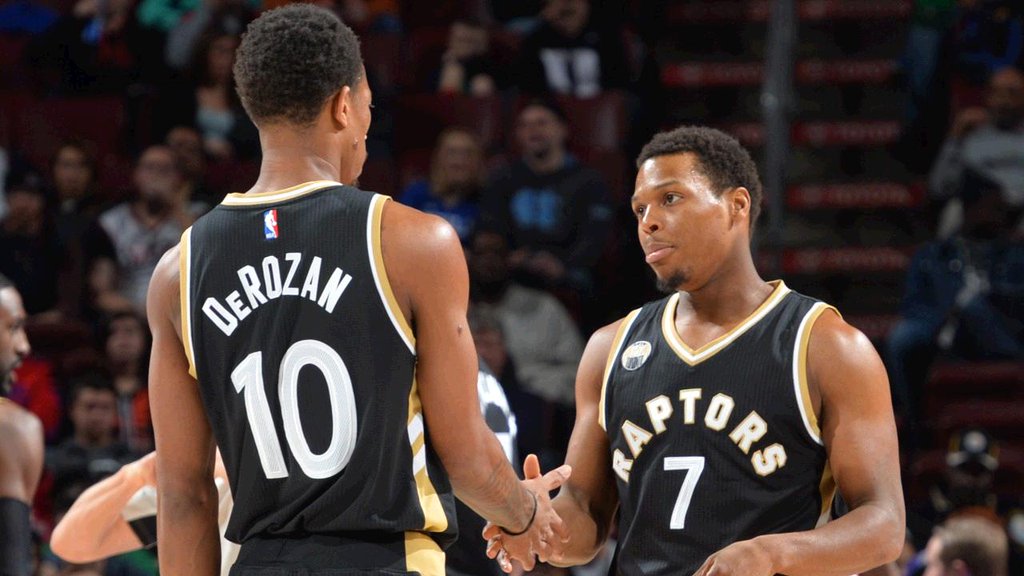 The Toronto Raptors’ All-Star duo of DeMar DeRozan and Kyle Lowry hung a combined 63 points on the visiting Utah Jazz in a 104-94 win Wednesday night.

Lowry finished with a game-high 32 points, and DeRozan chipped in 31 for Toronto’s team record 11th home win in a row.

Gordon Hayward led the way for Utah with 26 points and six assists.

Lowry had five assists, four rebounds and three steals in 40:13 of playing time. He sat out Sunday’s loss at Detroit after scoring a career-high 43 points in a victory over Cleveland on Friday night.

“It made me a little bit fresher,” Lowry said. “It’s just making sure my body was right and making sure my mentality was right. It’s a long season, it’s a grind and we put our bodies through a lot. We get paid really good money to do it, so I know the resting thing is not too popular with everyone, but in the end we want to be able to put out the best product possible.”

Utah led by as many as 12 points in the second quarter but the Raptors closed the first half on a 16-5 run and then pulled away in the third, led by DeRozan’s 14 points. […] “I felt like we didn’t keep them out of the paint,” Jazz coach Quin Snyder said. “You look around and that’s Kyle Lowry and DeMar DeRozan, they’re pretty good at getting in there. A couple of spurts, and you can’t have those spurts against a team as good as they are.”