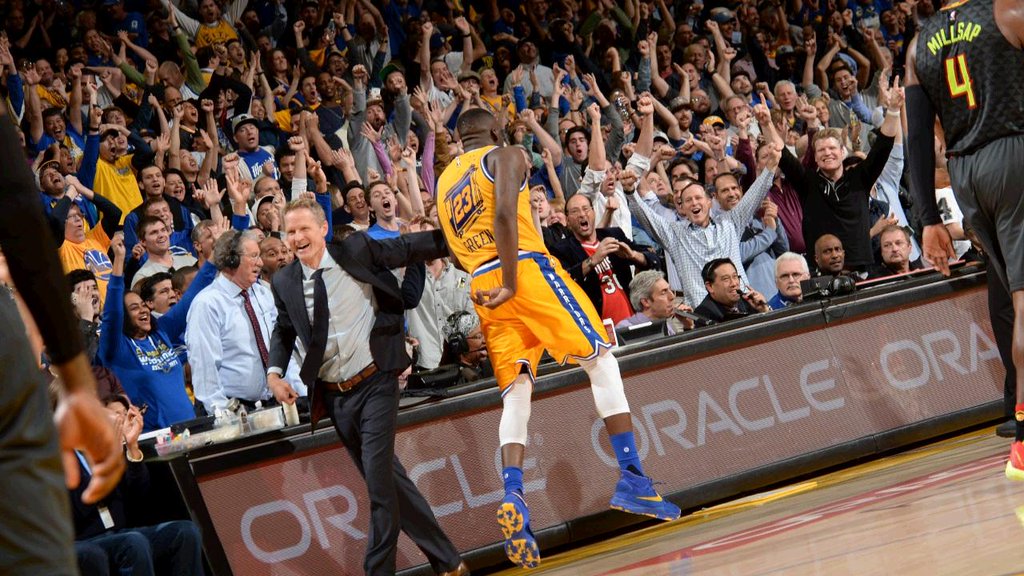 With Stephen Curry and Andre Iguodala sidelined due to ankle and hamstring injuries Tuesday night, it was up to Draymond Green to play the role of hero for the Golden State Warriors.

Golden State improves to 54-5 (.915) on the season, the best record in NBA history through the season's first 59 games.

Green finished with a near triple-double of 15 points, 13 rebounds and nine assists.

Green apologized Monday for a locker-room tirade during halftime of Saturday’s overtime win in Oklahoma City. If they ever really stopped being the most joyous squad on the planet, the Warriors quickly returned to that designation as Green led a total team effort with 15 points, 13 rebounds, nine assists and four steals. […] “What can you say?” Warriors head coach Steve Kerr said, searching for words to describe how Green willed the Warriors to a victory without their captains. “Another near triple-double. Point guard. He was our point forward tonight. It was a brilliant performance from Draymond.”

Paul Millsap’s layup trimmed Atlanta’s deficit to 104-103 with 1:05 remaining, but Green made a leg-sprawling, shot-clock-beating three-pointer for a 107-103 lead with 40.2 ticks on the clock. Following the crowd-stirring shot, Green low-fived Kerr in celebration.

The Warriors (54-5), playing without Curry (left ankle) and Iguodala (left hamstring), had six players in double-digit scoring and got a basket from all 11 players who logged minutes. They extended their regular-season home winning streak to 43 games, one shy of the NBA mark set by the Chicago Bulls from March 1995 to April 1996. […] Along with Green’s huge game, the Warriors got 26 points from Thompson, a season-high 19 from Andrew Bogut, 12 from Harrison Barnes and a combined 21 from Leandro Barbosa and Marreese Speights off the bench.