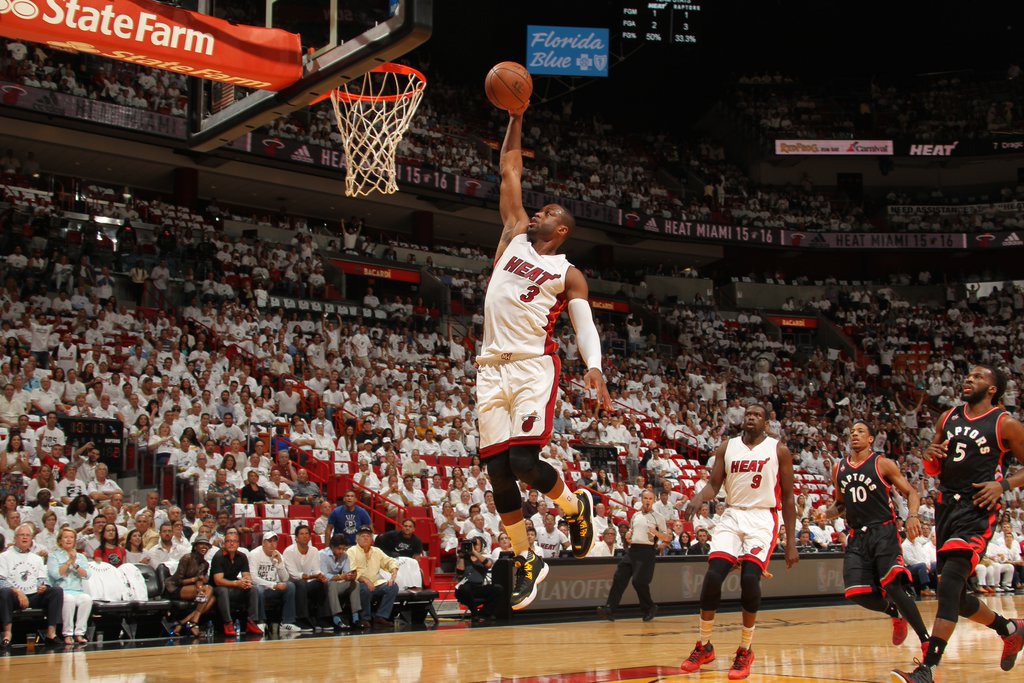 Dwyane Wade continues to turn back the clock and make history—the future Hall of Famer scored 30 points Monday night in the Miami Heat’s 94-87 overtime win against the Toronto Raptors.

The series is now deadlocked at two games apiece and shifting back to Toronto for an all-important Game 5.

Goran Dragic chipped in with 15 points, and sealed matters in the extra session with a three-point play.

Wade scored 30 points, including the layup that sent the game to overtime and finished off Miami’s frantic comeback from a nine-point deficit, as the Heat beat the Toronto Raptors 94-87 in Game 4 of the Eastern Conference semifinals on Monday night.

Wade didn’t score in overtime until his steal and dunk closed the scoring. He didn’t have to, either. […] “I was tired,” Wade said. “I was using myself as a decoy. All eyes were on me and I wasn’t going to force anything.”