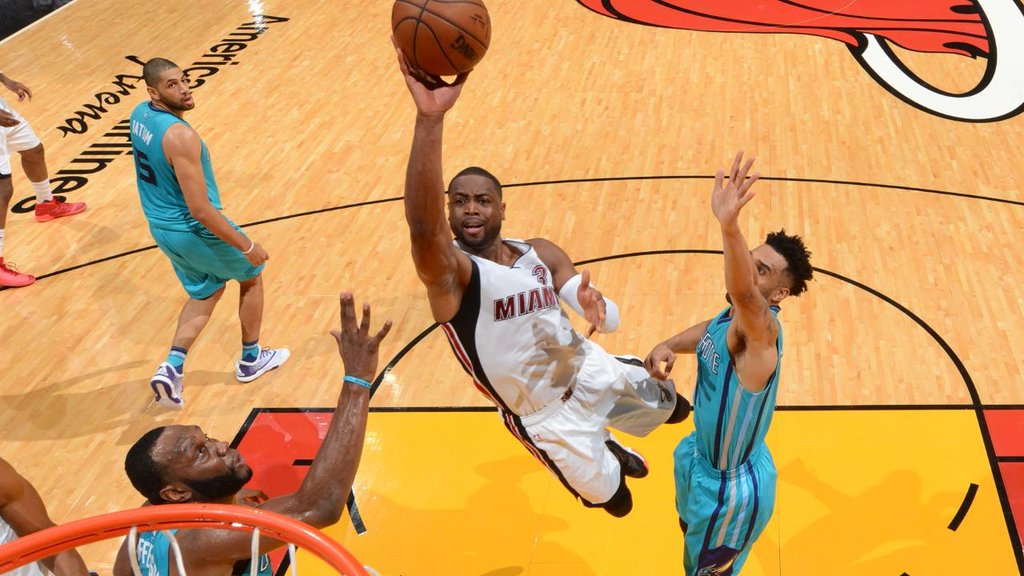 Dwyane Wade (28 points) and Hassan Whiteside (17 points on a franchise playoff-record 8 for 8 from the field) led the way for Miami in Game 2.

The Hornets may be without Nicolas Batum for the remainder of the series due to an ankle injury.

The Heat have averaged 119 points in the first two games of the series, which shifts to Charlotte for Game 3 on Saturday night. […] “You want to be able to get stops, you want to be able to put some runs together,” Wade said. “And we did that. We didn’t play a perfect game, by no stretch of the imagination. We’ve got a lot of things that we can get better at — that we need to get better at.”

Goran Dragic scored 18 points, Luol Deng finished with 16 and Josh Richardson added 15 for Miami, which had 72 points by halftime and never trailed in the second half. Whiteside added 13 rebounds and is now shooting 17 for 19 in the series, his playoff debut.

Nic Batum left with 10:43 remaining after spraining his left ankle, heading straight to the locker room for examination and was quickly ruled out for the rest of the night. (Steve) Clifford said he was “very” concerned about Batum going forward, and (Al) Jefferson said he doesn’t expect Batum to return to the series.